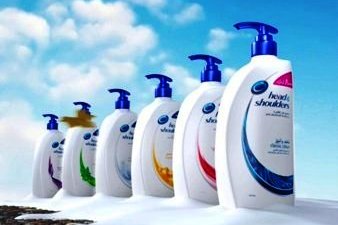 Jakarta – A palm oil producer linked to Procter & Gamble’s supply chains is destroying primary forest in the Indonesian region of Papua. The Greenpeace findings come as activists in five countries protested at P&G’s national headquarters and facilities, demanding the company guarantee its products, which include Head & Shoulders, become forest-friendly.

“Procter and Gamble is making us a part of this destruction through the products we use – that’s the real everyday effect P&G is having on the planet. We will continue taking the message to P&G offices around the world: clean up your act and guarantee customers that your products are tiger- and forest-friendly,” said Areeba Hamid, forest campaigner at Greenpeace International.

In the Indonesian capital of Jakarta on March 26, 20 activists unfurled a banner with the text “Head & Shoulders: 100% Rainforest Destruction” from the top of P&G’s headquarters and protested at the building’s entrance in tiger costumes. In Manchester in the UK, five Greenpeace activists were removed from an industry conference on P&G’s so-called “sustainability” credentials after quizzing company staff; while in the Philippines, India and Belgium, activists protested outside locations linked to Head & Shoulders or P&G.

RGE Group also owns the pulp and paper company APRIL – the company that is single-handedly destroying more forests in Indonesia than any other. RGE’s practices in high-risk regions, such as Riau in Sumatra, are linked to the illegal clearance of forests using fire, the sourcing of palm oil from illegal plantations in Tesso Nilo National Park and the destruction of Sumatran tiger habitat.

“For weeks now, P&G has been rehashing the same old line that it takes deforestation seriously and that it depends on certification schemes to guarantee so-called ‘sustainability’. Clearly this isn’t working. It’s time P&G joined the recent groundswell of companies making explicit promises to rid their products of forest destruction – companies such as their biggest competitors Unilever, L’Oréal, Nestlé, Colgate, Mars and Ferrero,” said Hamid.

Nearly 400,000 people have written to P&G’s CEO, Alan G. Lafley, demanding that the company immediately commit to No Deforestation. However, in the eight months since Greenpeace confronted P&G over its weak sourcing policies, the company has failed to respond with an adequate policy. Indonesia’s forests are disappearing at a rate of more than nine Olympic swimming pools each minute, with palm oil being the biggest driver of forest destruction.

1. A summary of the research findings and media briefing is at: http://www.greenpeace.org/international/Global/international/briefings/forests/2014/20140324_PnG_MediaBriefing2_Final.pdf