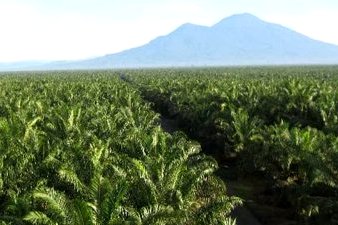 Jakarta – Wilmar International, the world’s largest palm oil trader, announced a No Deforestation Policy on December 5 in response to pressure from Greenpeace, NGOs, and consumers around the world. The policy has the potential to be a landmark win for the world’s forests and the people that depend on them for their livelihoods.

Bustar Maitar, Head of the Indonesia Forest Campaign at Greenpeace International said, “Wilmar has responded to years of pressure from Greenpeace, other NGOs, and a growing movement of consumers around the world demanding clean palm oil and an end to forest destruction. Wilmar’s commitment to No Deforestation has the potential to transform the controversial palm oil industry.”

“Wilmar’s policy shows that the sector has a massive problem, and while this policy is great news for forests and tigers, its success will be judged by Wilmar’s actions to implement and enforce it. Our challenge to Wilmar is this: Will it now immediately stop buying from companies such as the Ganda Group, which is closely linked to Wilmar and is involved in ongoing forest clearance, illegal peatland development and social conflict?”

“For years, companies, including Wilmar, have been hiding behind so-called sustainability bodies such as the Roundtable on Sustainable Palm Oil. Greenpeace will be closely monitoring how Wilmar will put these words into action, and will welcome Wilmar’s immediate end to all trade with companies involved in deforestation. The gauntlet is thrown to other palm oil traders such as Cargill, Musim Mas and Sime Darby to release similar policies,” added Bustar.

The palm oil sector is the greatest single cause of deforestation in Indonesia. Ministry of Forestry maps show that Indonesia lost some 620,000ha of rainforest every year between 2009-2011 (an area greater than the size of Brunei). Palm oil’s expansion into New Guinea and Africa is already threatening forests, sparking controversy and conflict with local communities.

Wilmar International accounts for more than a third of global trade of palm oil.