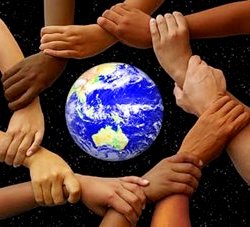 A group of investors achieved major commitments from the following companies to source 100 percent fully traceable, responsibly produced palm oil: ConAgra, J.M. Smucker Co., Kellogg Co., General Mills, Mondelez, Panera and Safeway. The companies – food and beverage firms, supermarket companies and grocery store chains – include some of the top 10 purchasers in the $44 billion palm oil industry, which has proliferated the past few decades as palm oil has become the most widely used vegetable oil in the world. Over the last year, suppliers of more than 55 percent of the world’s palm oil committed to produce or trade 100% deforestation-free palm oil.

These recent corporate commitments, including the August announcement from ConAgra, demonstrate a remarkable shift for the industry. Just days before ConAgra finalized the agreement with Green Century and the New York State Common Retirement Fund, ConAgra’s major supplier Cargill – the largest importer of palm oil into the United States – announced that it would no longer buy palm oil from suppliers engaged in deforestation. The momentum for change in the palm oil industry began building this year, when the Kellogg Co. first announced it would purchase only deforestation-free palm oil, and Wilmar – the world’s largest supplier of the commodity – adopted a zero deforestation policy.

These commitments are expected to have a major impact on reducing carbon emissions as fewer carbon-rich forests and peatlands are cleared for new palm oil production. When such deforestation occurs, the sequestered carbon is released into the atmosphere, contributing to global warming.

“Palm oil is used in so many products we buy, but shoppers can’t see that it’s often harvested in ways that destroy rainforests and lead to climate change,” said New York State Comptroller Tom DiNapoli, whose office was a lead filer of the resolutions with ConAgra and Safeway. “The companies that agreed to our proposal and adopted new policies have protected themselves and their shareholders from the risk of being associated with unsustainable environmental practices.”

“Companies are on the hot seat to reduce their  if they want consumer and investor support,” stated Leslie Samuelrich, President of Green Century Capital Management, which secured the first deforestation free commitment from Kellogg’s, and co-filed the shareholder proposals at ConAgra and Smucker’s. “We expect more companies to follow suit and build sustainable supply chains and protect the environment upon which their businesses and all of us depend,” stated Samuelrich.

This year’s record number of climate-related resolutions demonstrates that investors are boosting their attention to the risks and opportunities that climate change poses to their portfolio companies. Investors – many of whom are members of Ceres’ Investor Network on Climate Risk (INCR) and the Interfaith Center on Corporate Responsibility (ICCR) – secured commitments from 13 companies relating to setting company-wide goals for reducing greenhouse gas emissions.

One of the strongest commitments came from Colgate-Palmolive, a leading consumer product company, following dialogue with Walden Asset Management. In its 2013 sustainability report, Colgate stated, “Given the urgent need for action on climate change … we consulted with Walden Asset Management to develop rigorous goals for the next phase of our strategy. We are pleased to announce our commitment to reduce carbon emissions on an absolute basis by 25 percent compared to 2002, with a longer‐term goal of a 50 percent absolute reduction by 2050 compared to 2002. These goals … will allow us to play our part in limiting global warming to 2°C, as recommended by the Intergovernmental Panel on Climate Change.” 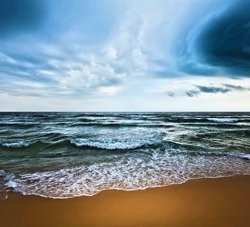