The new report includes targets, set in 2012, for emission reductions to be met by 2020, which are as follows: 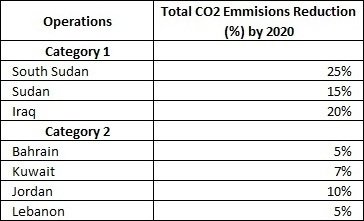 Other achievements highlighted and disclosed in the latest report include, but are not limited to:

Zain is a leading telecommunications operator across the Middle East and Africa providing mobile voice and data services to over 44.4 million active customers as of 30 June 2013. With a commercial presence in 8 countries, Zain operates in Kuwait, Bahrain, Iraq, Jordan, Saudi Arabia, Sudan and South Sudan. In Lebanon, the Group manages ‘touch’ on behalf of the government. In Morocco, Zain has a 15.5% stake in Wana Telecom, now branded ‘INWI’, through a joint venture. Zain is listed on the Kuwait Stock Exchange (stock ticker: ZAIN). For more information, visit www.zain.com.