Tiffany’s commitment to corporate social responsibility continues to be led by Chairman and CEO Michael J. Kowalski as well as by the CSR Committee of the Company’s Board of Directors.

Further demonstrating the Company’s commitment to developing and exceeding quantifiable environmental goals, Tiffany & Co. set a goal to reduce its global greenhouse gas (GHG) emissions by 15% from 2013 to 2020.

Exemplifying the dedication to reducing Tiffany’s environmental footprint in the global locations in which it works, the Company had installed energy efficient LED lighting in retail displays at over 39 U.S. retail locations by the end of 2013. An additional 16 North American locations are planned for 2014.

Charitable giving is an important part of the Company’s culture. In 2013, Tiffany & Co. made charitable contributions totalling over 2% of pre-tax earnings. Further, The Tiffany & Co. Foundation continues to play a key role in the Company’s sustainability efforts, supporting leading organizations working in areas like responsible mining and coral conservation.

Check the following link to read/download the Full Report:
http://www.tiffany.com/sustainability

Tiffany & Co. operates jewellery stores and manufactures products through its subsidiary corporations. Its principal subsidiary is Tiffany and Company. The Company operates TIFFANY & CO. retail stores in the Americas, Asia-Pacific, Japan and Europe, as well as in the United Arab Emirates and Russia. It also engages in direct selling through Internet, catalogue and business gift operations. For more information, visit www.tiffany.com. 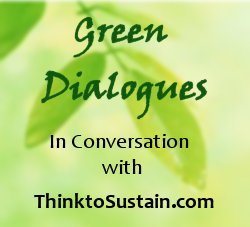