Baar, Switzerland – Glencore International plc published its second sustainability report on November 26. The report evaluates Glencore’s performance in 2011, its progress in contributing to sustainable development and the level of commitment it has shown towards all of its stakeholders. Where appropriate, the report also provides an insight into selected activities carried out in 2012, based on decisions taken in 2011.

Information and data in the report were compiled in line with internationally recognised standards including the Global Reporting Initiative (GRI) application level A+. Furthermore, key indicators were for the first time subject to limited assurance by Deloitte.

The report discloses, for the first time, Glencore’s Global Corporate Practice (GCP) Programme, which includes a complete programme of Group-wide sustainability objectives and targets by which the company intends to drive its performance and measure its progress. This new programme sets out Glencore’s approach to implementing the Company’s GCP framework and defines a clear path to fulfilling the GCP commitments.

Glencore’s highest priority is the health and safety of its workers. As stated at Glencore’s AGM, regrettably 2011 saw 18 fatalities, the same as in 2010. Amongst other activities, the decision to commission DuPont to assess and advise on the health, safety and environmental management at Glencore’s operations underlines the Company’s on-going commitment and determination to improve the health and safety standards for all our employees and contractors.

In 2011, Glencore continued to show its strong commitment to the communities around its operations. For example, in the Democratic Republic of Congo (DRC), the Company invested $ 8.5 million into community projects focused on infrastructure, health and education. Furthermore, in early 2012, a joint programme was signed with DRC’s national electricity utility, Société Nationale d’Électricité (SNEL), with Glencore contributing $ 283.5 million to the major infrastructure refurbishment programme of transmission and distribution systems.

In Zambia, work done at Mopani to upgrade the smelter will result in Glencore’s SO2 capture programme completing 18 months ahead of the target initially agreed with the Zambian government. On completion, the $ 2 billion project will capture c. 97% of all SO2. On a smaller scale, Mopani completed the construction of 2,667 sanitation units in a residential area, helping to dramatically improve living conditions. Mopani also commenced a $ 10.5 million project to repair two key roads crucial for economic growth in the region.

Ivan Glasenberg, Chief Executive Officer of Glencore International plc, said, “Sustainability is a core focus across the Group and this report demonstrates our commitment to the people working for Glencore, our customers, the environment and to the communities in which we operate. As we expand our footprint, we will work hard to put in place the right structure and programmes so that we continuously improve at all our operations.”

Check the following link to read/download the Full Report:
http://www.glencore.com/Sustainability

Glencore, headquartered in Baar, Switzerland, is one of the world’s leading integrated producers and marketers of commodities. Glencore has worldwide activities in the production, sourcing, processing, refining, transporting, storage, financing and supply of metals and minerals, energy products and agricultural products. For more information, visit www.glencore.com. 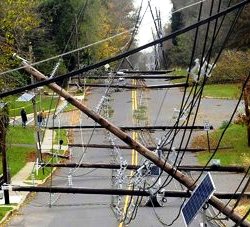