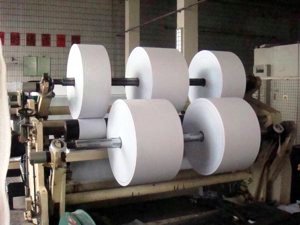 Gland, Switzerland – WWF recognizes the leadership in transparency of 25 of the world’s most important pulp and paper manufacturers, as demonstrated by their participation in the WWF Environmental Paper Company Index 2013. Companies voluntarily disclosed the ecological footprint of 40 product categories, more than doubling those evaluated in the 2011 Index.

In alphabetical order, the 25 companies showing leadership in transparency in the EPCI 2013 are:

“We are delighted that over a third of the 70 globally significant players invited to participate in the WWF EPCI 2013 have taken this opportunity to disclose their sustainability performance and targets,” says Emmanuelle Neyroumande, Manager of WWF International’s pulp and paper work. “This robust participation shows a real interest by the companies in working towards reducing their ecological footprint.”

WWF’s Environmental Paper Company Index covers the major impacts of the paper industry on the environment for the production of newspaper grades, graphic paper, packaging, tissue, or pulp. The companies scored against 3 aspects; impacts on forest ecosystems from fibre sourcing, emissions from manufacturing processes such as water pollution and greenhouse gas emissions and reporting and Environmental Management System.

The criteria apply to both policy and production, hence measuring each company’s targets and actual performance.

WWF’s projections show that higher incomes and a growing population will increase demand for many commodities, including food, fuel, timber and fibres[1]. Forest-based industries, which rely on resources that can be renewed, will be key to conserving forests in an age of resource scarcity and land use competition.

Even though the paper industry has shown some progress in recent decades, the globalized nature of the industry demands sector-wide, ambitious environmental goals for responsible sourcing, production and use of its products and maximum transparency. The WWF Environmental Paper Company Index can assist the pulp and paper industry on its path of continual improvement.

“More important than the scores achieved is the transparency shown by the participants. Companies that declined to participate have missed a chance to demonstrate the efforts they might be undertaking to address environmental issues,” says Neyroumande.

In addition to reporting on environmental performance, companies participating in the WWF Environmental Paper Company Index can request WWF’s advice and feedback on potential areas of improvement, potential risks and tools to support company efforts toward greater sustainability.

Early 2013 WWF invited 70 of the world’s most important and strategically relevant paper manufacturers, representing 25 per cent of global wood pulp production and 35 per cent of global paper and paperboard production, to participate in the third edition of its Environmental Paper Company Index (EPCI). Find a list of all 70 invited companies on www.panda.org/epci2013.