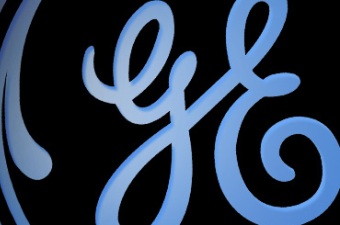 Fairfield, Connecticut – GE (NYSE: GE) released its 2012 “Our Global Impact” update on June 28 showing the progress of the company’s ecomagination and healthymagination initiatives as well as measureable impact from its Citizenship efforts.

In 2012, GE invested nearly $ 2 billion in research and development for ecomagination and healthymagination innovations and projects with ecomagination offerings generating $ 25 billion in revenue. GE along with its employees and retirees gave $ 219 million to community and educational organizations, including $ 130 million from the GE Foundation.

GE Chairman and CEO Jeff Immelt said, “At GE, we work on things that matter. Solving problems for our customers and our communities is part of our business strategy and the backbone of our culture. We are proud of the responsible conduct of our businesses, the philanthropic activities of the GE Foundation, and the countless contributions our people make in their communities around the world.”

The report includes an update on commitments made through ecomagination, GE’s program to develop products and services with significant environmental advantages. They include:

Deb Frodl, Global Executive Director, ecomagination, GE, said, “Our ecomagination strategy is embedded in our research, our product development and our operations. It has helped our customers save billions of dollars while significantly reducing their environmental impact. By creating solutions that work today and account for local demands, ecomagination has generated more than $ 130 billion in revenue since 2005.”

The report includes an update on GE’s healthymagination commitments, which include:

Sue Siegel, CEO, healthymagination, GE, said, “healthymagination is about better health for more people. We made great progress in 2012 investing in GE research & development, expanding our investments in GE Ventures-Healthcare portfolio companies and convening active discussions on community health; however, we’re not settling there. healthymagination continues to explore and invest in the future of healthcare.”

The report also includes results from GE’s comprehensive Corporate Citizenship reporting platform that tracks the company’s progress against nearly 60 citizenship commitments, including ecomagination and healthymagination metrics. Highlights for 2012 include:

All initiatives aim to keep the public informed. GE is continuing ongoing communications to engage with the public. The company maintains updated websites where people can learn more and engage in a dialogue about GE, its customers and its diverse stakeholders. GE ensures strong disclosure by holding more than 300 analyst and investor meetings annually.