The 2013 Global Food Policy Report released by International Food Policy Research Institute (IFPRI) on March 12 reviews major food policy developments and trends from the past year, documents emerging issues, examines key challenges and opportunities, describes the rising political commitment to food and nutrition security, and sets an agenda for action for 2014 and beyond.

In particular, it calls for ending hunger and undernutrition by 2025. 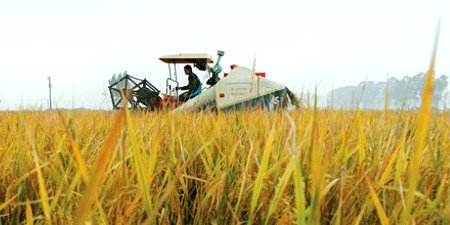 What is the problem?

Persistent hunger and undernutrition. According to the Food and Agriculture Organization of the United Nations (UN FAO), 842 million people – or one in eight people worldwide – go hungry every day. And more than 2 billion people suffer from “hidden hunger”, or a shortage of essential micronutrients, such as iron, vitamin A and zinc.

Why is it important to revisit this problem now?

With less than two years to go, the deadline for achieving the Millennium Development Goals is fast approaching. Although the world has made some headway in reducing hunger since the early 1990s, progress in halving hunger is not on track. Much work still must be done. The fight to end hunger and undernutrition must continue beyond 2015 as a key priority.

Why should ending hunger and undernutrition by 2025 be a development priority?

Studies from Ethiopia, India, and Nigeria show that every US $ 1 invested in reducing child stunting – an indicator of undernutrition – generates between $ 12 and $ 34 in economic returns. We should, thus, aim to eliminate hunger and undernutrition by 2025.

What examples can we learn from?

Since 1990, China has cut the prevalence of undernourishment by nearly half, from almost 23 to 11 percent. China and Vietnam are on pace to virtually eliminate hunger by 2025, while Brazil and Thailand have already done so. Other developing countries can learn from these experiences as they chart their own paths to a food- and nutrition-secure future.

Ending hunger and undernutrition will require a mix of agricultural, social protection-based and nutritional strategies. In Africa, south of the Sahara, agriculture will play a key role. In Asia, North Africa, and the Middle East, growth in agricultural and rural non-farm activities could help reduce poverty. In Eastern Europe and Latin America, targeted nutrition and social protection programs could help eliminate hunger and undernutrition.

How can we more quickly reduce hunger and undernutrition?

The focus should be on developing sustainable, people-focused goals with clear targets and timelines for ending hunger and undernutrition by 2025. In order to achieve this goal, it will be crucial to:

It’s time to set our sights on a new target: ending hunger and undernutrition by 2025. This goal is achievable, and it will play a key role in reducing poverty worldwide.