Far reaching shifts in the global consumption of animal products are crucial to achieving climate change objectives, yet new research commissioned by Chatham House into public understanding of the link between eating meat and dairy and climate change reveals a major lack of awareness. Global greenhouse gas emissions from the livestock sector are estimated to account for 14.5 per cent of the global total. 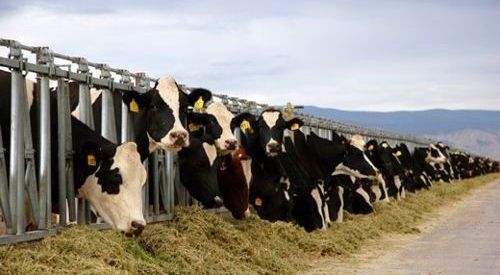 In a ground-breaking 12 country survey undertaken by Ipsos MORI, including Europe, the Americas, Asia and Africa, over twice as many respondents identified exhaust emissions from global transport as a major contributor to climate change, as identified emissions from the production of meat and dairy – 64 per cent vs. 29 per cent – even though overall emissions are almost equal between the two.

“Meat and dairy consumption is set to grow rapidly in the next 40 years and it is unlikely dangerous climate change can be avoided unless consumption falls. Addressing dietary trends has to be part of an international strategy to reduce emissions,” said Rob Bailey, lead author and Research Director, Energy, Environment and Resources. “Ultimately, as with energy use, consumers need to change their behaviour and this survey shows a substantial lack of awareness of this.”

The survey showed that consumers with a higher level of awareness of the greenhouse gases associated with production were more likely to indicate willingness to reduce their meat and dairy consumption for climate objectives. Therefore, work to close this awareness gap is likely to be an important precondition for behaviour change.

Encouragingly, with much of the projected increase in meat and dairy consumption expected in emerging economies, respondents in Brazil, India and China demonstrated greater consideration of climate change in their food choices, and a greater willingness to modify their consumption than the average of the countries assessed. However, with consumption per head of population much higher in developed countries, lower levels of awareness in countries like the US highlight the extent of the challenge.

While governments and environmental groups have, so far, been reluctant to pursue policies or campaigns to encourage people to eat less meat and dairy due to a variety of factors, not least fear of backlash for intruding on people’s lifestyle choices, their assumptions are untested and evidence from the research suggests potential public receptivity.

Key Findings of the Survey:

Consumption of meat and dairy produce is a major driver of climate change.

However, there is a striking paucity of efforts to reduce consumption of meat and dairy products.