Scientists have discovered huge reserves of freshwater beneath the oceans kilometres out to sea, providing new opportunities to stave off a looming global water crisis.

A new study, published on December 5 in the international scientific journal Nature, reveals that an estimated half a million cubic kilometres of low-salinity water are buried beneath the seabed on continental shelves around the world.

The water, which could perhaps be used to eke out supplies to the world’s burgeoning coastal cities, has been located off Australia, China, North America and South Africa.

“The volume of this water resource is a hundred times greater than the amount we’ve extracted from the Earth’s sub-surface in the past century since 1900,” says lead author Dr. Vincent Post of the National Centre for Groundwater Research and Training (NCGRT) and the School of the Environment at Flinders University. “Knowing about these reserves is great news because this volume of water could sustain some regions for decades.”

Dr. Post says that groundwater scientists knew of freshwater under the seafloor, but thought it only occurred under rare and special conditions. “Our research shows that fresh and brackish aquifers below the seabed are actually quite a common phenomenon,” he says.

These reserves were formed over the past hundreds of thousands of years when on average the sea level was much lower than it is today, and when the coastline was further out, Dr. Post explains. “So when it rained, the water would infiltrate into the ground and fill up the water table in areas that are nowadays under the sea.”

“It happened all around the world, and when the sea level rose when ice caps started melting some 20,000 years ago, these areas were covered by the ocean.

“Many aquifers were – and are still – protected from seawater by layers of clay and sediment that sit on top of them.”

The aquifers are similar to the ones below land, which much of the world relies on for drinking water, and their salinity is low enough for them to be turned into potable water, Dr. Post says.

“There are two ways to access this water – build a platform out at sea and drill into the seabed, or drill from the mainland or islands close to the aquifers.”

While offshore drilling can be very costly, Dr. Post says this source of freshwater should be assessed and considered in terms of cost, sustainability and environmental impact against other water sources such as desalination, or even building large new dams on land.

“Freshwater under the seabed is much less salty than seawater,” Dr. Post says. “This means it can be converted to drinking water with less energy than seawater desalination, and it would also leave us with a lot less hyper-saline water.”

“Freshwater on our planet is increasingly under stress and strain, so the discovery of significant new stores off the coast is very exciting. It means that more options can be considered to help reduce the impact of droughts and continental water shortages.”

But while nations may now have new reserves of freshwater offshore, Dr. Post says, they will need to take care in how they manage the seabed. “For example, where low-salinity groundwater below the sea is likely to exist, we should take care to not contaminate it.”

“Sometimes boreholes are drilled into the aquifers for oil and gas exploration or production, or aquifers are targeted for carbon dioxide disposal. These activities can threaten the quality of the water.”

Dr. Post also warns that these water reserves are non-renewable, “We should use them carefully – once gone, they won’t be replenished until the sea level drops again, which is not likely to happen for a very long time.”

The National Centre for Groundwater Research and Training is an Australian Government initiative, supported by the Australian Research Council and the National Water Commission.

Check the following link to read/download the Full Study:
http://www.nature.com/nature/journal/v504/n7478/full/nature12858.html 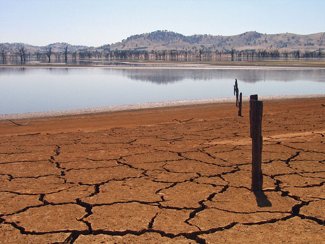