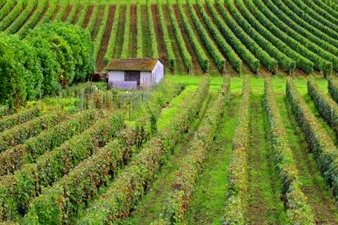 The EEA’s “Environmental Indicator Report 2013” explores the implications of a transition to a ‘green economy’, defined as an economic system which uses resources more efficiently, enhances human wellbeing and maintains natural systems.

The report aims to support implementation of the European Union’s 7th Environmental Action Programme (7th EAP, which sets the long-term objectives of environmental policymaking in the EU. Entitled ‘Living Well, Within the Limits of Our Planet’, it puts a particular focus on ensuring a healthy environment for human wellbeing.

Europeans depend on the environment to provide for many aspects of their material wellbeing, according to the report. Environmental pressures associated with our lifestyles seem to be decreasing, at least within Europe’s borders. However, seen through the lens of resource use and wellbeing, European consumption is still unsustainable, particularly in the context of growing resource demands globally. Policies should be closer integrated to reconcile competing demands on nature and to maximise benefits to society.

“To maintain a high standard of living in Europe, we will need to make a more fundamental transition to an economic model which meets our needs at much lower environmental cost,” Hans Bruyninckx, EEA Executive Director, said. “We can see that the European environment is currently under pressure in many areas, and incremental improvements will not be enough to put Europe on the path to a green economy.”

The report draws on some of the EEA’s 146 Environmental Indicators, which evaluate a huge range of different environmental issues. In early 2015, the EEA will publish its State of the Environment Report (SOER), a comprehensive Europe-wide environmental assessment published every five years. The SOER is also based on a broad range of environmental indicators.

Check the following link to read/download the Full Report:
http://www.eea.europa.eu/publications/environmental-indicator-report-2013

Greenpeace Actions in Asia & Europe as Dell Fails to Eliminate...