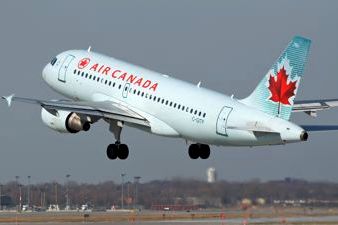 Montreal, Canada – Air Canada released “Citizens of the World”, the airline’s second corporate sustainability report, on September 3. The document evaluates Air Canada’s performance during 2012 in four key areas of sustainability: safety, the environment, the well-being of employees, and the company’s community involvement.

“Air Canada has long recognized and embraced its responsibilities as a global airline, and since our founding more than 75 years ago, we have striven to balance economic, environmental and social considerations in our activities. This not only strengthens the communities where we operate and where we all live, but also results in better decision-making within our organization,” said Calin Rovinescu, President and Chief Executive Officer. “By candidly evaluating and reporting upon our sustainability performance in the 2012 edition of Citizens of the World, we are being accountable for our actions. As importantly, in clearly setting goals for the next year in the report, we are also making a firm commitment to new sustainability objectives in 2013 and sharpening the focus of our company on achieving these targets.”

Air Canada’s 2012 corporate sustainability report was prepared in accordance with principles of the Global Reporting Initiative (GRI), an internationally recognized standard for sustainability reporting. The report is framed around the findings of an extensive stakeholder survey undertaken to identify areas of most concern with respect to sustainability. It also contains a discussion of governance practices at Air Canada and tables of data quantifying the results of company’s sustainability activities.

Highlights of the 2012 report include:

“To ensure the report covered the sustainability issues of most interest to people, we conducted surveys with customers and suppliers and, internally, we surveyed a broad employee base, including subject matter experts on sustainability. These consultations improved our understanding of our stakeholders’ perception of Air Canada’s sustainability performance and are enabling us to better meet their expectations,” said Priscille LeBlanc, Vice President of Corporate Communications and the senior executive responsible for Air Canada’s sustainability report.

Air Canada is Canada’s largest domestic and international airline serving more than 175 destinations on five continents. Canada’s flag carrier is among the 20 largest airlines in the world and in 2012 served close to 35 million customers. Air Canada provides scheduled passenger service directly to 60 Canadian cities, 53 destinations in the United States and 67 cities in Europe, the Middle East, Asia, Australia, the Caribbean, Mexico and South America. Air Canada is a founding member of Star Alliance, the world’s most comprehensive air transportation network serving 1,328 destinations in 195 countries. Air Canada is the only international network carrier in North America to receive a Four-Star ranking according to independent U.K. research firm Skytrax that ranked Air Canada in a worldwide survey of more than 18 million airline passengers as Best Airline in North America in 2013 for the fourth consecutive year. For more information, visit www.aircanada.com.

GRI Guidelines Among the Most Popular CSR Instruments