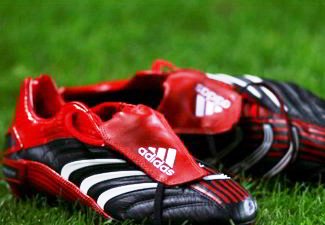 Herzogenaurach, Germany – On May 6, the adidas Group published its 2012 Sustainability Progress Report, reiterating its commitment to transparency in sustainability performance reporting. As part of the report, the adidas Group announced the first results of an industry-leading project to improve communication between factory management and workers in its supply chain.

Constantly looking into new and innovative ways to connect directly with its suppliers’ workers, the adidas Group launched a mobile phone communication pilot project at one of the company’s main footwear suppliers in Indonesia during the second half of 2012. The project, inspired by an ILO Better Work initiative, takes advantage of the fact that the vast majority of factory workers in the country have mobile phones and are active users; through this system, workers can simply send an SMS text message and raise the alarm if they are concerned that their rights are being compromised.

The pilot project has shown encouraging results and has been positively received by both workers and factory management. As the system allows for direct, personal, and easy communication, issues can be detected early and addressed quickly before they become a major concern for workers. In its first months of operation, workers shared grievances on Human Resources-related issues, such as staff reductions, working hours and insurance, and also asked questions and made suggestions to their management.

“Protecting the interests of global workers involved in manufacturing our products is an on-going priority for the adidas Group as we constantly strive to improve workers’ conditions in our suppliers’ factories,” said Glenn Bennett, adidas Group Board member responsible for Global Operations. “By empowering workers to reach out to the factory management directly, we are taking communication between factory management and workers to the next level.”

The success of the pilot project has led to its extension to four other factories in Indonesia and one in Vietnam in 2013. Additional information on the initiative is available on the adidas Group Corporate Blog, as well as in the 2012 Sustainability Progress Report.

The adidas Group initiated reporting about its sustainability performance back in 2000, and was the first company in the sporting goods industry to do so.

“The report’s title ‘Never Stop’ explains the adidas Group’s approach to sustainability,” stated Frank Henke, adidas Group Global Director for Social and Environmental Affairs. “Some years ago, we established 2015 targets for the adidas Group, and we constantly review our performance against them. The 2012 Report takes a close look at the milestones set for 2012 and what the Group has done to achieve them – because performance counts.”

Some highlights of the 2012 Sustainability Progress Report are:

Looking ahead, the adidas Group’s next set of targets for 2013 includes:

Check the following link to read/download the Full Report:
http://www.adidas-group.com/SER2012/

About the adidas Group

The adidas Group is a global leader in the sporting goods industry, offering a broad portfolio of footwear, apparel and hardware for sport and lifestyle around the core brands adidas, Reebok, TaylorMade, Rockport and Reebok-CCM Hockey. Headquartered in Herzogenaurach, Germany, the Group employs more than 46,000 people across the globe and generated sales of € 14.9 billion in 2012. For more information, visit www.adidas-group.com. 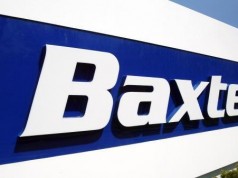