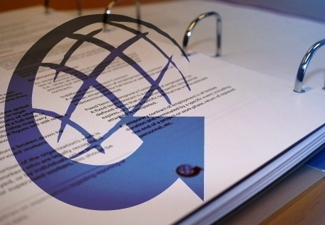 The GRI Guidelines now rank among the most widely recognized Corporate Social Responsibility (CSR) instruments among large European companies, according to new research published by the European Commission.

A survey of the public CSR statements of 200 randomly selected large companies suggests that the GRI Guidelines are now referred to almost as frequently as the UN Global Compact.

Referred to by 31 per cent of the sample companies, the GRI Guidelines were the second most frequently referenced CSR instrument, closely following the UN Global Compact at 32 per cent.

The survey also took into account the instruments of the International Labour Organization (ILO), the Organisation for Economic Co-operation and Development (OECD) Guidelines, ISO 26000, the Universal Declaration of Human Rights, the UN Guiding Principles on Business and Human Rights, and the ILO MNE Declaration.

In October 2011, the European Commission adopted a new strategy on CSR, which places a strong emphasis on a core set of internationally recognized CSR guidelines and principles. As part of its efforts to monitor the public commitments made by EU companies, the European Commission examined publicly available policy references by companies with between 1,000 and 10,000 employees across 10 different EU Member states.

“If we are to truly achieve the transition to a sustainable global economy, there is an urgent need for all companies to embrace sustainability disclosure,” adds Fogelberg. “The question to answer is no longer ‘Why report?’ but ‘Why are you not reporting?’”

“There is also an important role for governments to play in advancing the goal of mainstreaming environmental, social and governance disclosure. Europe is now ready for clear leadership from EU institutions on how policy can be used to drive forward a culture of corporate transparency.”