The chances of extreme hot summers across parts of Europe have increased dramatically since the early 2000s, according to a new study by the Met Office.

In 2004, the Met Office published a paper (Stott et al, 2004) which looked at the extreme European heatwaves of 2003 and found that it had become more than twice as likely due to human influence on the climate. It was the first formal ‘attribution study’ of such an event.

The latest paper updates that study by looking at how the chances of hot weather in the same region, which covers parts of central and Mediterranean Europe, have changed in the intervening decade. 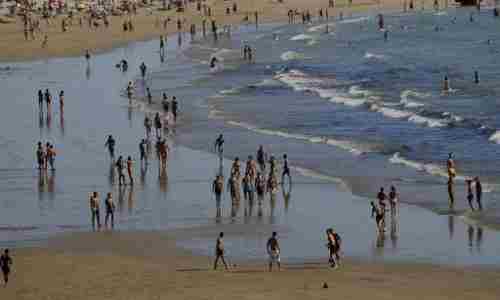 Dr. Nikos Christidis, lead author of the new paper, said, “Extremely warm summers that would occur twice a century in the early 2000s are now expected to happen twice a decade.”

“Moreover, the chances of heatwaves as extreme as seen in 2003 have increased from about 1-in-1000 to about 1-in-100 years and are projected to occur once every other year by the 2030s-2040s under continuing greenhouse gas emissions.”

Heatwaves are expected to increase in frequency and intensity in a warming climate and the results of this study are consistent with this.

The sharp increase in the likelihood of regional summer heatwaves in the last 10-15 years reveals how temperature increases are quickly changing the chances of such events.

Dr. Peter Stott, a co-author on the paper, said, “This paper shows how our vulnerability to heat extremes is rapidly changing and we expect that to continue going forward.”

“Updated model projections of future changes suggest that by the end of the century summers as hot as 2003 will be considered unusually cool.”

Both the new and the old studies do not specifically cover the UK. Although the UK was less severely affected by the 2003 heatwaves, summer extremes in the region are also expected to become more frequent in a warming climate.

The paper, titled “Dramatically Increasing Chance of Extremely Hot Summers Since the 2003 European Heatwave”, is published in the journal Nature Climate Change.