Plastic waste is one of today’s major environmental concerns. Most types of plastics do not biodegrade but break up into ever smaller pieces while remaining a polymer. Also, most types are made from oil, a rapidly dwindling resource. But there are promising alternatives, and one of them is Polylactic Acid (PLA): it is biodegradable and made from renewable resources. Manufacturers use PLA for disposable cups, bags and other sorts of packaging. The demand for PLA is constantly rising and has been estimated to reach about one megaton per year by 2020.

The research groups of ETH Zürich professors Konrad Hungerbühler and Javier Pérez-Ramírez at the Institute for Chemical and Bioengineering are now introducing a new method to produce lactic acid. The process is more productive, cost-effective and climate-friendly than sugar fermentation, which is the technology currently used to produce lactic acid. The new method’s greatest advantage is that it makes use of a waste feedstock: glycerol.

Glycerol is a by-product in the manufacturing of first-generation biofuels and as such is not high-grade but contains residues of ash and methanol.

“Nobody knows what to do with this amount of waste glycerol,” says Merten Morales, a Ph.D. student in the Safety and Environmental Technology group of Professor Hungerbühler.

This waste substance is becoming more and more abundant, with 3 megatons in 2014 expected to increase to over 4 megatons by 2020. Because of its impurity, glycerol is not suitable for the chemical or pharmaceutical industry. Moreover, it does not burn well and is thus not a good energy source.

“Normally, it should go through wastewater treatment, but to save money and because it is not very toxic, some companies dispose of it in rivers or feed it to livestock. But there are concerns about how this affects the animals.”

Making use of this waste feedstock by converting it into lactic acid already constitutes an advantage that makes the new method more eco-friendly. In this procedure, glycerol is first converted enzymatically to an intermediate called dihydroxyacetone, which is further processed to produce lactic acid by means of a heterogeneous catalyst.

The researchers of the Advanced Catalysis Engineering group of Professor Pérez-Ramírez designed a catalyst with high reactivity and a long life span. It consists of a microporous mineral, a zeolite, whose structure facilitates chemical reactions within the pores.

The close collaboration between the two research groups allowed the catalyst to be improved step-by-step while at the same time performing the life cycle assessment of the procedure as a whole.

“Without the assessment and comparison with the conventional method, we might have been happy with an initial catalyst design used for our study, which turned out to be less eco-friendly than fermentation,” explains Pierre Dapsens, a Ph.D. student in the Pérez-Ramírez group.

By improving several aspects of the catalyst design, the researchers were finally able to surpass sugar fermentation both from an environmental and an economic point of view.

Industrial processes are often turned “sustainable” simply by switching to a renewable resource.

“However, taking the whole process into account – from the source of the feedstock to the final product and including waste management – you will often find that a supposedly sustainable production method is not necessarily more sustainable than the conventional one,” adds Cecilia Mondelli, a senior scientist in the Advanced Catalysis Engineering group who is also involved in the study. 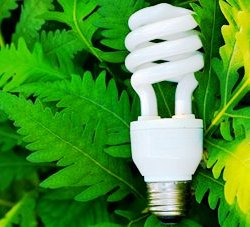