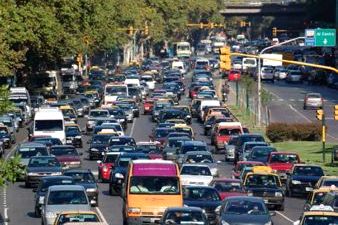 “Black carbon emissions threaten the health of millions in Latin America and contribute to climate disruption already seen in declining Andean glaciers and a drier Amazon Basin,” said Jake Schmidt, NRDC’S International Program Director. “The good news is some Latin American countries are already taking steps to curb this dangerous climate pollutant. We hope many countries will follow and add additional practical and proven measures to dramatically reduce black carbon. They can improve both public health and the climate that Latin Americans depend on for their livelihood.”

Unlike the world’s leading climate pollutant, carbon dioxide, which persists in the atmosphere for decades or longer, black carbon lingers only for days. So efforts to curb black carbon emissions would have an impact almost immediately on clean air and health, according to “Dumping Dirty Diesels in Latin America: Reducing Black Carbon and Air Pollution from Diesel Engines in Latin American Countries”, a report co-authored by NRDC and Gladstein, Neandross and Associations (GNA).

NRDC released its report at a press conference on December 5 in the international climate meeting in Lima, Peru. Country representatives there were holding another key round of climate negotiations leading up to a high-level meeting a year from now in Paris, where countries hope to hammer out a new international climate agreement.

NRDC recommends in the report that Latin American countries individually and collectively:

Together, these solutions could deliver swift benefits to public health and the climate, the report says. In other countries, regulatory solutions have proven to reduce black carbon emissions by more than 95 percent.

“Countries around the world can chart many paths to reduce the threat that climate change poses to our health and to future generations,” said Amanda Maxwell, NRDC’s Latin America Project Director. “Reducing black carbon emissions from cars and trucks is a simple, proven path that Latin America can take advantage of – to the benefit of millions of people.”