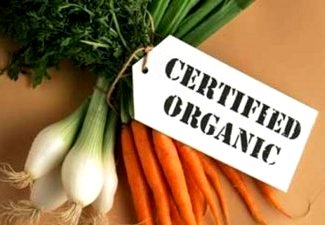 The Soil Association’s annual Organic Market Report released on March 13 reveals that the organic sector in UK has seen growth of 2.8% in 2013: the first time the organic market has seen annual growth since 2008.

Organic sales are growing slightly ahead of the overall grocery sales for 2013, which finished the year at around +2.1% [1]. The 2014 Organic Market Report shows that the organic market is now worth £1.79billion. Those brands that carry the Soil Association logo have had an even stronger 2013, with growth of more than 5%.

And it seems this trend is set to continue in 2014, with organic sales for the first four weeks of the year seeing growth of +2.5% – way outperforming overall grocery sales, which were down -3.2% [2].

Independent retailers have led the way with growth of almost 7% (6.9%) to almost £10million per week, indicating that more consumers are choosing to shop in smaller stores where they know they will find a wider choice of organic products. Online sales of organic continue to grow strongly with Ocado seeing an increase in sales of 10.4%. Supermarkets have seen some growth in the past year, with overall sales up 1.2%. However, Sainsbury’s – the country’s biggest organic retailer with 29% market share – saw a 7% increase in sales of its own-label organic products, closely followed by Waitrose who saw its organic sales increase by 6.5% – indicating other supermarkets are yet to capitalise on increasing consumer demand for organic.

Household names, such as Yeo Valley Organic, Green & Blacks and Rachel’s Organic are the most popular organic brands in supermarkets [2]. Also seeing growth throughout 2013 are mail-order, home-delivery and veg box schemes – up 11% on last year, with leading brands Abel & Cole and Riverford seeing a combined increase in sales of 17.9%.

The organic food market appears to be recovering across many different sectors, with meat, fish and poultry (+2.2%), vegetables (+3.4%) and dairy (+4.4%) all seeing positive growth throughout the year [2]. This positive outlook is also reflected in consumer attitudes to organic and bodes well for the next 12 months, with 45% of organic consumers intending to buy more organic fruit and vegetables in the year ahead and 22% intending to buy more organic dairy in 2014 [3].

Organic baby food continues to be a popular choice, with more than 50% of spending on baby food being organic.

Four out of five households now buy organic produce, with shoppers under 34 stating they are willing to spend the most on organic products [3]. The main reasons for choosing organic were it contains fewer chemicals and pesticides (37%), it’s natural and unprocessed (34%) and it’s healthier for me and my family (33%) [4] – indicating a slight change in priorities for consumers from 2013, where it’s healthier for me and my family was the main reason for consumers choosing organic [5].

Speaking about the report, Rob Sexton, CEO of Soil Association Certification, said, “To see the organic market showing such strong signs of growth, particularly when grocery sales as a whole are slowing, shows just how much potential there is in the organic sector. Both the growth in the organic market and the accelerating growth of products carrying the Soil Association logo further highlight the growing public demand for organic and food logos that they can trust. The message to supermarkets and other retailers and organic businesses is clear: if you make organic goods available and promote them well, consumers will respond by continuing to purchase the products they have confidence in.”

“In addition, research has shown that organic shoppers expect to buy more organic products this year than last so we have reason to be positive about the outlook for organic in 2014 and beyond. Now, the priority needs to be ensuring a greater choice of organic produce on shelves.”

Despite the continued demand from UK consumers, figures from Department for Environment, Food and Rural Affairs (Defra) report that producer and livestock numbers and the UK’s organic land area decreased in the year to December 2012. The numbers of organic producers and processors also fell by 6.3% to 6,487. Currently around 3.5% (606,000 hectares) of the agricultural land area in the UK is organic.

Rob Sexton continued, “2013 has seen a decline in the amount of agricultural land in the UK that is organic and we know that many farmers are concerned about the profitability of organic. We have strong evidence to show that organic farming systems are at least as profitable as non-organic and we know that demand for organic is increasing amongst consumers. A serious injection of producer confidence is needed, in the shape of increased commitment from retailers and policy makers to help support existing organic farmers and grow the market in future, ensuring organic supply can meet increasing consumer demand.”

The Soil Association Organic Market Report 2014 is produced with support from Triodos Bank.

Plunder of Timber and Fisheries is Holding Africa Back: Kofi Annan