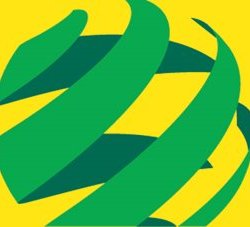 Global energy demand continues to grow, but that growth is slowing and mainly driven by emerging economies – led by China and India – according to the BP Energy Outlook 2035, which was published on January 15.

This is the fourth annual edition of the Outlook, and for the first time, it sets out BP’s view of the most likely developments in global energy markets further beyond 2030 to 2035, based on up-to-date analysis.

Shares of the major fossil fuels are converging with oil, natural gas and coal each expected to make up around 27% of the total mix by 2035, and the remaining share coming from nuclear energy, hydroelectricity and renewables. Among fossil fuels, gas is growing fastest, increasingly being used as a cleaner alternative to coal for power generation as well as in other sectors.

Bob Dudley, BP Group Chief Executive said that the Outlook “highlights the power of competition and market forces in unlocking technology and innovation to meet the world’s energy needs. These factors make us optimistic for the world’s energy future.”

Dudley added: “The Outlook leads us to three big questions: Is there enough energy to meet growing demand? Can we meet demand reliably? And what are the consequences of meeting demand? In other words, is the supply sufficient, secure and sustainable?”

“On the first question, our answer is a resounding ‘Yes’. The growth rate for global demand is slower than what we have seen in previous decades, largely as a result of increasing energy efficiency. Trends in global technology, investment and policy leave us confident that production will be able to keep pace. New energy forms such as shale gas, tight oil, and renewables will account for a significant share of the growth in global supply.”

On the question of security, the Outlook offers a mixed, though broadly positive, view. Among today’s energy importers, the United States is on a path to achieve energy self-sufficiency, while import dependence in Europe, China and India will increase. Asia is expected to become the dominant energy importing region. Dudley noted: “This need not be a cause for concern if the market is allowed to do its work, with new supply chains opening up to these big consuming regions.”

On the question of sustainability, global carbon dioxide emissions are projected to rise by 29%, with all of the growth coming from the emerging economies. The Outlook notes some positive signs: emissions growth is expected to slow as natural gas and renewables gain market share from coal and oil; and emissions are expected to decline in Europe and the US. Indeed towards the end of the period covered by the Outlook, we expect many advanced countries will be seeing their economies grow while their energy use falls.

BP Chief Economist Christof Rühl said: “This process shows the power of economic forces and competition. Put simply, people are finding ways to use energy more efficiently because it saves them money. This is also good for the environment – the less energy we use the less carbon we emit. For example, CO2 emissions in the US are back at 1990s’ levels.”

The Outlook shows global energy demand continuing to increase at an average of 1.5% a year to 2035. Growth is expected to moderate over this period, climbing at an average of 2% a year to 2020 and then by only 1.2% a year to 2035. 95% of this growth is expected to come from non-OECD economies, with China and India accounting for more than half of the increase. By 2035, energy use in the non-OECD economies is expected to be 69% higher than in 2012. In comparison, use in the OECD will have grown by only 5%, and actually to have fallen after 2030, even with continued economic growth.

While the fuel mix is evolving, fossil fuels will continue to be dominant. Oil, gas and coal are expected to converge on market shares of around 26-27% each by 2035, and non-fossil fuels – nuclear energy, hydro and renewables – on a share of around 5-7% each.

Oil is expected to be the slowest growing of the major fuels to 2035, with demand growing at an average of just 0.8% a year. Nonetheless, this will still result in demand for oil and other liquid fuels being nearly 19 million barrels a day higher in 2035 than 2012. All the net demand growth is expected to come from outside the OECD – demand growth from China, India and the Middle East will together account for almost all of net demand growth.

Growth in the supply of oil and other liquids (including biofuels) to 2035 is expected to come mainly from the Americas and Middle East. More than half of the growth will come from non-OPEC sources, with rising production from US tight oil, Canadian oil sands, Brazilian deepwater and biofuels more than offsetting mature declines elsewhere. Increasing production from new tight oil resources is expected to result in the US overtaking Saudi Arabia to become the world’s largest producer of liquids in 2014. US oil imports are expected to fall nearly 75% between 2012 and 2035.

OPEC’s share of the oil market is expected to fall early in the period, reflecting growing non-OPEC production together with slowing demand growth due to high prices and increasingly efficient transport technologies. OPEC market share is expected to rebound somewhat after 2020.

Natural gas is expected to be the fastest growing of the fossil fuels – with demand rising at an average of 1.9% a year. Non-OECD countries are expected to generate 78% of demand growth. Industry and power generation account for the largest increments to demand by sector. LNG exports are expected to grow more than twice as fast as gas consumption, at an average of 3.9% per year, and accounting for 26% of the growth in global gas supply to 2035.