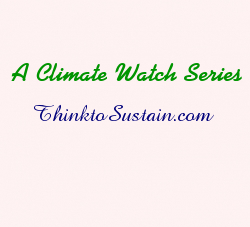 As the year draws to a close, it opens up many issues and challenges. Year 2013 was a witness to many unforeseen and puzzling climate change events.

Unexpected heavy rains in Asia, Central Europe and North America triggered by locking up of pressure systems that quickly dumped excess moisture within a short span of time took people and government authorities by surprise.

In June, Uttarakhand, a state in the Northern part of India, faced the wrath of a massive cloudburst that quickly transformed into a heavy flow of fast moving debris that gained momentum along steep mountainous terrains.  Kedarnath – the epicenter of catastrophe – a well-known abode of Lord Shiva, attracts millions of worshipers every year. The premature onset of monsoon rains by almost a month was  unexpected and the presence of millions of visitors in the region made matters worse. The event took a heavy toll of over 6000 lives, according to official sources.

In May-June, Central Europe bore the brunt of an unusual locking of pressure systems that resulted in a record heavy rainfall. The already saturated soils gave way to flash floods that caused unprecedented damage in Germany, Austria, the Czech Republic, Poland and Slovakia, with losses of around $ 3.9 b.

In September, Colorado, that never had a history of floods, surprisingly faced a peculiar extreme weather scenario – sudden heavy rainfall over a drought-struck region. The decade-long parched land led to a quick run-off causing unprecedented floods. The economic damage caused by the disaster was pegged at almost $ 2 b.

The year also saw many regions in Africa struggling with complex multiple impacts related to social, economic and environmental issues.

Namibia – one of the driest and scarcely populated countries in the world is facing serious consequences of a development model that is already putting a heavy strain on its scarce natural resources. Fast population growth and rapid urbanization have overburdened urban infrastructure and drained water sources.

Agricultural productivity has steadily declined as farmers do not get adequate water. Distressed farmers have been forced to sell off  their lands and cattle and move to cities to get livelihood. In many parts of the nation, conflicts for water have become a common occurrence. Despite huge efforts by global aid agencies, poor drinking water, continues to be one of the biggest challenges for this region which is already causing stunted growth among children.

Namibia, showcases the plight of many poor and developing economies, that are already suffering the worst impacts of  climate change. The poor economic condition of a majority of the population and its dependence on agriculture make it more vulnerable to climate change impacts. The tribal ancestors in this region of Africa had advocated the principle of adaptation as the harsh climatic conditions were considered hostile for development.However, as aspirations for modern lifestyles gain prominence, the conflict of goals are inevitable.

Up North, the Arctic presents a much grim scenario. It is melting twice as fast as the rest of the earth. However, in September, this year, the melting of polar ice caps appeared to have abated. A record recovery of ice sheet has been projected as a reversal of the melting phenomena.

However, doubts are being raised on whether this recovery would be permanent and enduring. The new ice sheets are thin and susceptible to quick melting in the next summer season.

A good recovery would be indicated by an ice sheet that is thick and resilient to solar radiation. We will have to wait till the next summer to conclude on how good or bad this recovery had been!

A slightly more alarming development at the North Pole has been the renewed industrial activity in this ecologically sensitive region. The forces of industrialization are already working their way to Arctic and any attempt to oppose or question such moves are treated with utter disdain. The hold up of Arctic 30 team of Greenpeace for 100 days by Russian authorities speaks volumes on the fate that would be meted out to dissenting voices.

In November, Typhoon Haiyan, the strongest storm recorded at landfall, struck Philippines and claimed over 6000 lives. The destructive nature of such storms is becoming more frequent and increasing in intensity each year. These events were predicted by earlier studies which just conveys that the scientific evidence is credible.

Despite such strong warning signals, the sense of urgency seems to elude the global leadership community. The recently concluded climate talks at Warsaw (that incidentally coincided with the destructive typhoon in Philippines) continue to avoid the specifics of sharing responsibility.

Members of the Conference of Parties (COP)  are skeptical of “committing” hard emission reduction targets and have pushed meaningful talks until 2015. The rift between developed and developing nations over such ‘commitments’ is going to increase and would be the center point of any major global consensus.

These decisions need to be made sooner if they are to have any impact on climate.

After a ravaging rout, 2013 ends with a chilly cold spell across most countries. In this chill, there is a somber reminder of the devastation that climate change can bring about. The issue of climate change is as important as any other political or social issue and not something that is completely out of mankind’s control – as many would want to believe.

2014 will determine to a large extent how we will curb environment degradation and intensify our efforts to preserve mankind.

We need to take small steps. Time is running out. But we can still make it.

(You are free to share your views on this article. You may like to express your opinion using the comment box below or write to us at editor@thinktosustain.com) 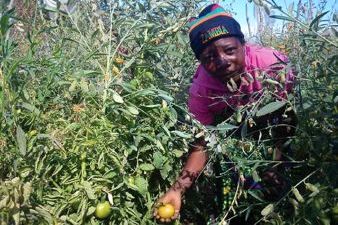 Investment in Climate Change Adaptation can Promote Livelihoods of 65% Africans