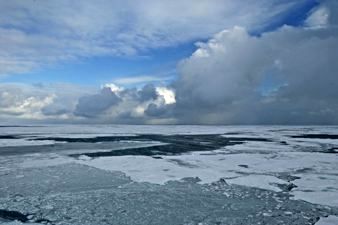 “For Earth’s ice and snow cover taken as a whole, this year has been a bit of a bright spot within a long-term sobering trend,” said NSIDC director and senior scientist Mark Serreze.

Arctic sea ice, however, continues to be thinner than in past years, as confirmed by direct satellite observations and estimates of ice age, and therefore more vulnerable to breakup by storms, circulating currents, and melt. “While Earth’s cryosphere, that is, its snow and ice cover, got a shot of hope this year, it’s likely to be only a short-term boost,” Serreze said. While most of the ice cover now consists of young, thin ice, a pack of multiyear ice remains in the central Arctic. Multiyear ice is ice that has survived more than one melt season and is thicker than first-year ice.

The Arctic ice cap grows each winter as the sun sets for several months and shrinks each summer as the sun rises higher in the northern sky. Each year the Arctic sea ice reaches its annual minimum extent in September. It hit a new record low in 2012. This summer’s low ice extent continued the downward trend seen over the last thirty-four years. Scientists attribute this trend in large part to warming temperatures caused by climate change. Since 1979, September Arctic sea ice extent has declined by 13.7 percent per decade. Summer sea ice extent is important because, among other things, it reflects sunlight, keeping the Arctic region cool and moderating global climate.

In contrast to the sharp downward trend in September Arctic sea ice, Antarctic September sea ice has been increasing at 1.1 percent per decade relative to the 1981 to 2010 average. “The tiny gain in Antarctica’s ice is an interesting puzzle for scientists,” said NSIDC lead scientist Ted Scambos. “The rapid loss of ice in the Arctic should be ringing alarm bells for everyone.”

The National Snow and Ice Data Center (NSIDC) is part of the Cooperative Institute for Research in Environmental Sciences at the University of Colorado – Boulder. NSIDC scientists provide Arctic Sea Ice News & Analysis content, with partial support from NASA. 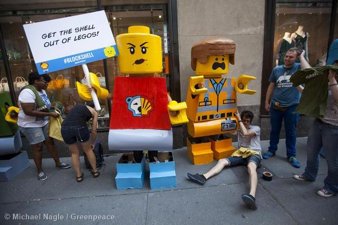