Bremerhaven – Scientists from the Alfred Wegener Institute (AWI), Helmholtz Centre for Polar and Marine Research, have identified a possible source of carbon dioxide (CO2) and other greenhouse gases that were abruptly released to the atmosphere in large quantities around 14,600 years ago.

According to this new interpretation, the CO2 – released during the onset of the Bølling/Allerød warm period – presumably had their origin in thawing Arctic permafrost soil and amplified the initial warming through positive feedback. The study now appears online in the journal Nature Communications.

One of the most abrupt rises in the carbon dioxide concentration in the atmosphere at the end of the last ice age took place about 14,600 years ago. Ice core data show that the CO2 concentration at that time increased by more than 10 ppm (parts per million, unit of measure for the composition of gases) within 200 years. This CO2 increase, i.e., approximately 0.05 ppm per year, was significantly less than the current rise in atmospheric CO2 of 2-3 ppm in the last decade caused by fossil fuels. These data describe an abrupt change in the global carbon cycle during the transition from the last ice age to the present-day warm interglacial and allow conclusions to be drawn about similar processes that could play a role in the future.

To determine the origin of the greenhouse gases, a team around by the geoscientists and climate researchers Dr. Peter Köhler and Dr. Gregor Knorr from the Alfred Wegener Institute has carried out computer simulations focusing on the new interpretation of these CO2 data. These calculations were motivated by new radiocarbon data (14C) that provide information on the age of the CO2 released to the atmosphere. The age of the carbon then allows conclusions to be drawn about the carbon source.

“The virtual lack of radiocarbon in the CO2 that was released into the atmosphere shows us that the carbon must have been very old,” says Köhler. The carbon, therefore, cannot be originated from the deep ocean, Köhler adds, “The carbon stored in the deep ocean has been subject to exchange with the atmosphere over a period of millennia. In the atmosphere 14C has its only source. It is produced through the impact of galactic cosmic rays on molecules in the atmosphere.”

However, radiocarbon is unstable and decays with a half-life of around 5,700 years. The atmospheric data of CO2 and 14C can only be explained if a carbon source is assumed that contains virtually no 14C any more – thus the greenhouse gases must have had another source than the deep ocean.

Permafrost soil contains, to some extent, very old organic material, which is released in the form of the greenhouse gases, CO2 and methane, when the soil thaws. Permafrost soil thus might be a possible source of old carbon. The thawing of Arctic permafrost soil might have been caused by a sudden resumption of large-scale Atlantic heat transport in the ocean that initiated the Bølling/Allerød warm period in the high northern hemisphere.

The scientists were able to estimate the amount of the carbon dioxide released to the atmosphere by applying a computer model that simulates the global carbon cycle. The simulation results indicate that the input of more than half a gigaton of carbon per year (1 gigaton = 1 petagram = 1015 grams) over a period of two centuries is necessary to explain the observed data. This corresponds to a total amount of more than 100 gigatons of carbon. Present-day anthropogenic CO2 emissions due to fossil fuels, at approximately ten gigatons of carbon a year, are greater than the release rates of this natural process by a factor of at least ten.

According to the study, the proposed thawing of large areas of permafrost, followed by the rise in greenhouse gases, occurred at the same time as the warming in the northern hemisphere at the beginning of the Bølling warm period. The released greenhouse gases may amplify the initial warming through feedback effects.

A similar effect is also predicted for the future in the current IPCC report. Warming in Siberia, for instance, is already leading to thawing of permafrost soil: outgassing of CO2 and methane takes place. The same processes observed today – and are expected to an even greater extent in the coming decades – presumably occurred in a similar manner 14,600 years ago.

“However, the state of the climate on Earth today has already been changed by anthropogenically emitted greenhouse gases. Future CO2 release due to the proposed thawing of permafrost will be substantially less than the input due to fossil fuels. However, these emissions from permafrost soil are additional greenhouse gas sources that further amplify the anthropogenically induced effect,” says Köhler. 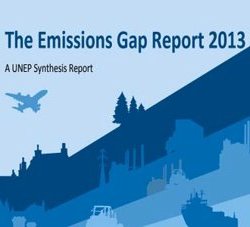