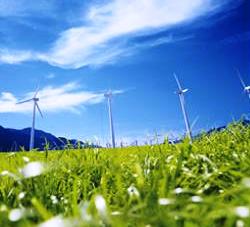 Kubuqi (China) / Bangkok – China has surged ahead of the rest of the world in material consumption, creating intense environmental pressures, but the country also remains among the most successful in improving resource efficiency, according to a new report released by the United Nations Environment Programme (UNEP) on August 2.

The report, titled “Resource Efficiency: Economics and Outlook for China”, found that China’s growing affluence has made it the world’s largest consumer of primary materials (such as construction minerals, metal ores, fossil fuels and biomass), with domestic material consumption levels four times that of the USA.

From 1970 to 2008, China’s per capita consumption of materials grew from one third to over one and a half times the world’s average levels.

Domestic consumption of natural resources per capita increased at almost twice the rate of the whole of the Asia Pacific region due to massive investments in urban infrastructure, energy systems and manufacturing capacity. The report notes, however, that some 20 per cent of the resource use in China goes towards the production of goods which are eventually consumed abroad.

“China has seen dramatic growth in past decades and the effect of this transition on global demand for natural resources is unprecedented,” said UN Under-Secretary General and UNEP Executive Director Achim Steiner.

“While that growth has lifted millions out of poverty, it has also come with rising environmental challenges linked to the extracting, processing and use of those natural resources. This report underlines that China, in common with other emerging economies, needs to make significant investments in more resource-efficient infrastructure, such as green buildings and public transport, but also in human capital and governance capacity, if a transition to a sustainable economic model is to be truly realized,” added Mr. Steiner.

However, the report notes these improvements in energy efficiency alone are not enough to stabilize environmental pressures. It states that if China’s most recent policy initiatives – which include targets to reduce water consumption and losses of arable land, and to increase the up-take of non-fossil fuels – fail to accelerate resource efficiency gains beyond current rates, environmental pressures can be expected to increase rapidly.

Over the same period, the absolute level of consumption of fossil fuels increased more than sevenfold, at an average annual growth of 5.3 per cent.

Of the fossil fuels, coal supply grew most rapidly, increasing from 1970’s 49 per cent to 2009’s 67 per cent of total primary energy supply. The large and increasing share of coal also contributes to fast rising carbon dioxide emissions. China emits more than four times the world average of greenhouse gases per unit of economic output, and twice that of the Asia Pacific region.

As a response to such pressures, the UNEP report notes that recent government planning in China has seen a major sustainability shift in terms of the objectives of economic policy. The previous and current Five-Year Plans for Social and Economic Development (FYPs) have an increased focus on more balanced growth, greater resource and energy efficiency, better living standards, and sustainable rural-urban development.

The Chinese government has adopted a number of policy instruments to strengthen the economy and conserve resources, including a US $ 586 billion stimulus package with a green focus, incentives for more efficient vehicles, and setting targets for a more energy efficient building sector. Mainstreaming sustainability into national development plans and decoupling resource use from economic activity may prove to be very successful strategies to improve environmental quality while ensuring further investment into economic growth and human development.

China is also one of the first countries to embrace the circular economy approach as a new paradigm for economic and industrial development. China’s Circular Economy Promotion Law came into force in 2009 and aims to improve resource efficiency, protect the environment, and achieve sustainable development. 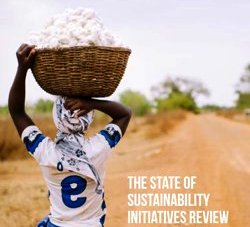