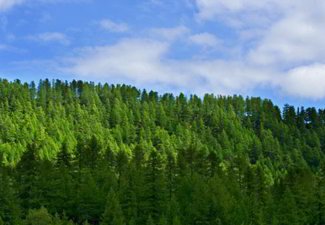 The European private sector, including regulated energy utilities, was the market’s biggest voluntary buyer – seeing demand grow 34% to 43.4 million tonnes of offsets even in the face of significant challenges to Europe’s mandatory carbon market.

Across the pond, United States-based corporations, ranging from The Walt Disney Company to Chevrolet, offset more emissions than buyers in any other single country at 28.7 million tonnes. A little over a third of offsets purchased by US buyers (9.7 million tonnes) were obtained for future use in California’s emerging cap-and-trade program.

The market-wide survey found that 2012’s voluntary buyers paid a volume-weighted average price of $ 5.9/tonne – slightly down from 2011’s $ 6.2/tonne, but significantly higher than the United Nations’ regulatory carbon offset price at less than a $ 1/tonne.

“Whether in North America or Europe, these findings show that many companies remain willing to act ahead of governments when it comes to putting a meaningful price on carbon,” says Michael Jenkins, President of Ecosystem Marketplace’s parent organization, Forest Trends.

According to the report, one third of all offsets purchased for voluntary end use were done so to “demonstrate climate leadership” in the buyers’ respective industries. Traditional corporate social responsibility was behind another 42% of voluntary offset transactions. Multinational corporations were responsible for over a quarter of all offset demand, offsetting 27 million tonnes in 2012.

Demand surged for carbon offsets from forestry projects certified to the Verified Carbon Standard and Climate Community and Biodiversity Standards – many of them supporting forest conservation, tree planting, and alternative livelihoods among the world’s rural poor communities. Voluntary buyers also funnelled $ 80 million to projects that distribute clean cookstoves and water filtration devices – that burn “clean” or not at all; thus, reducing greenhouse gas emissions while sparing households from harmful smoke inhalation.

“Sustainable development-oriented projects continue to grow in popularity because of their multiple community benefits,” says the report’s lead author and Ecosystem Marketplace Associate Director, Molly Peters-Stanley. “Those at the forefront of this market are now considering how the international donor community could harness the same certifications and programs to deliver these benefits at a much larger scale.”

Wind farms remained as the single largest source of offsets, at 15.3 million tonnes. Purchases were driven by cash-strapped European buyers, due to the credits’ familiarity and affordability at an average price of $ 3.3/tonne. Behind wind projects, the second most popular offsets came from tree planting projects (8.8 million tonnes).

Check the following link to read/download the Full Report – “Manoeuvring the Mosaic: State of the Voluntary Carbon Markets 2013”:
http://www.forest-trends.org/vcm2013.php