The focus of the summit was on Energy Security, Geopolitics of Energy and Security of Energy Infrastructure. ThinktoSustain.com was the Media Partner for the event. 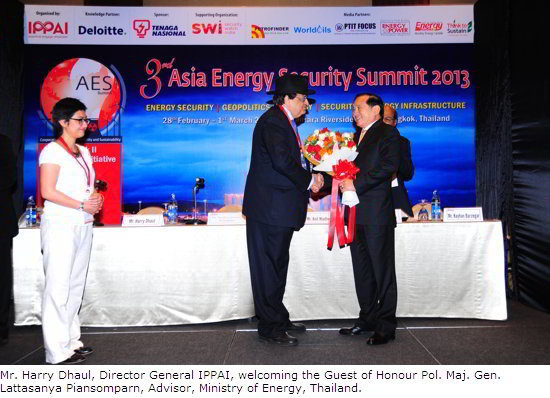 It was a general consensus that Asia will continue to dominate world energy business due to the insatiable thirst for energy required for dynamic economic growth in the region. However, it would require extensive co-operation amongst countries to develop the required governance, restructuring and reforms. Resolution of many bilateral issues between countries would be the key for fostering meaningful energy co-operation and sharing of resources.

The participants agreed that the region has extensive energy resources and that proper exploration and sharing of resources through carefully conceived implementation protocol of cross-border energy trading can ensure long-term sustainable energy security. There are security concerns but energy projects can act as peace media.

A significant portion of Asian population is living below poverty line and is very poor in terms of energy accessibility and per capita energy use as well. Supplying sustainable quality energy at affordable cost is the major challenge. The seminar agreed that peace and tranquility in the region will be established if people have access to energy, which will also create job opportunity and help in poverty alleviation. 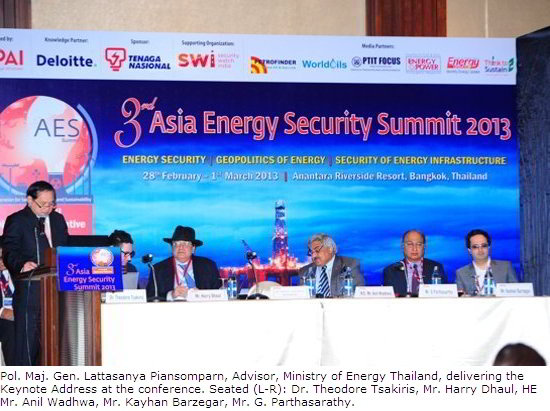 The seminar began with a keynote address by Pol. Maj. Gen. Lattasanya Piansomparn, the Advisor to Ministry of Energy, Thailand. He also released a knowledge report by IPPAI and Deloitte on “Dynamics of Emerging Trends of Energy Security in the Asian Context”. HE Mr. Anil Wadhwa, Ambassador Extraordinary & Plenipotentiary of India to Thailand, discussed about forging new alliances for energy security highlighting the role of governments and industries.

Mr. Khondkar Abdus Saleque, Technical Advisor to Ministry of Mines & Petroleum, Afghanistan, presented case studies about the cross-border TAPI (Turkmenistan-Afghanistan-Pakistan-India) Pipeline, the IPI (Iran-Pakistan-India) Pipeline, and the Myanmar- Bangladesh-India Pipeline. He also made a presentation on energy future of South Asia, deliberating on issues and opportunities.

Mr. Ashok Das Gupta, President, IPPAI, made a presentation on the transnational trade of coal. The participants agreed that coal will continue to dominate the energy fuel mix despite its dirty emitting characteristics and felt the need for some sort of market-watch for regulating the coal price.