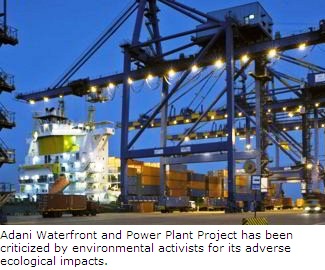 New Delhi, India – There is incontrovertible evidence that the Adani Project – port and SEZ – at Mundra in Gujarat has violated and not complied with environmental clearance conditions. The company has also bypassed environmental procedures in certain cases – says the report of a Committee set up by the Union Ministry of Environment and Forests (MoEF) to inspect the project. The committee’s report was officially presented to the Union Minister of State for Environment and Forests, Ms. Jayanthi Natarajan, here on April 18.

The Adani Waterfront and Power Plant Project has been in the eye of the storm for its massive adverse ecological impacts. Based on complaints received, the MoEF had set up the Committee to examine allegations of environmental destruction and non-compliance, including distortion of the original HTL/LTL (High Tide Line and Low Tide Line) by the company. The five-member Committee, headed by environmentalist Dr. Sunita Narain – Director General, Centre for Science and Environment (CSE), New Delhi – included officials from the MoEF and experts on coastal ecosystems and disaster management.

Ms. Natarajan received the report and assured that the recommendations would be looked into by her officials.

The Committee used remote sensing technology to assess environmental damage that had occurred over the past decade. It concluded that there were cases of non-compliance, including the following:

Says Ms. Sunita Narain, “The Committee, in its investigations, has found that there have been instances to circumvent statutory procedures by using different agencies, at the Centre and State, for obtaining clearances for the same project. The public hearing procedure, which is a critical part of project clearance and helps to understand and mitigate the concerns of local people, has also been bypassed on one pretext or another.”

The fishing community, which depends on the coasts for their livelihood, is the worst hit by these changes. “The development on the coast, on their land, has clearly left little space for them,” says Narain. The report of the Committee suggests that there should be a plan for their ensuring access and provision of basic facilities, including a dedicated fishing harbour.

Says Ms. Sunita Narain, “If monitoring was rigorous, public and credible, there would have been no need for this Committee, which is why we have recommended that there is a need to create a monitoring system to ensure that corrective action suggested by this report is taken in a time-bound manner.”

Check the following link to read/download the Full Report:
http://www.cseindia.org/userfiles/adani_final_report.pdf 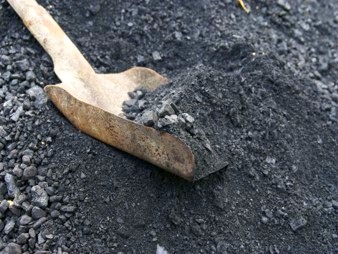 Climate Change Spurs Tropical Mangroves to Expand in the North