From extreme drought to super storms, many wonder what the future holds for the climate of the eastern United States. A study conducted by researchers at the University of Tennessee, Knoxville, does away with the guessing.

Results show the region will be hotter and wetter.

The study found that heat waves will become more severe in most regions of the eastern United States and, that both the Northeast and Southeast will see a drastic increase in precipitation.

The findings are published in the November 6 edition of Environmental Research Letters.

“Instead of studying regions, which is not useful when examining extreme weather, dynamical downscaling allows us to study small areas such as cities with a fine resolution,” said Fu, who is also a professor within the UT-ORNL Bredesen Center for Interdisciplinary Research and Graduate Education (CIRE).

The researchers evaluated extreme events along with daily maximum and minimum temperatures and daily precipitation. For the 23 states east of the Mississippi River, they analyzed the present-day climate from 2001 to 2004 and predicted the future climate from 2057 to 2059. This is the first study to predict heat waves for the top 20 cities in the eastern U.S. For example, Nashville will see a temperature rise of 3.21 degrees Celsius and Memphis will see a rise of 2.18 degrees Celsius.

In comparing present climate to future, the researchers found that heat waves will become more severe throughout the eastern part of the nation. The Northeast and eastern Midwest will experience a greater increase in heat waves than the Southeast, which will almost equalize the temperatures between the future North and current South.

In addition, the Northeast and eastern Midwest are likely to suffer from steeper increases in the severity of heat waves.

“While the Southeast has the highest intensity in heat waves, the northeast is likely to experience the highest increase,” said Fu. “We are looking at temperature increases of 3 to 5 degrees Celsius, with New York experiencing the highest hike.”

Both the Northeast and Southeast will experience an increase of precipitation of 35 percent or more. Most coastal states will see the greatest increase, of about 150 millimeters a year. Taking into consideration heat waves and extreme precipitation, the Northeast shows the largest increases in precipitation. This suggests a greater risk of flooding.

“It is important that the nation take actions to mitigate the impact of climate change in the next several decades,” said Fu. “These changes not only cost money – about a billion a year in the U.S. – but they also cost lives.” 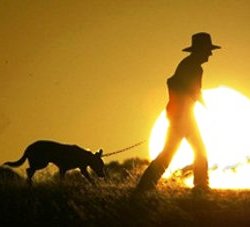