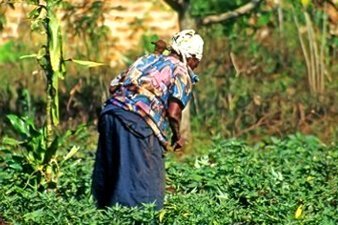 Warsaw – Africa faces huge financial challenges in adapting to climate change, according to a new report by the United Nations Environment Programme (UNEP) that spells out the costs faced by the continent if governments fail to close the “emissions gap” to keep warming below 2°C.

Adaptation costs for Africa could reach approximately USD $ 350 billion annually by 2070 should the two-degree target be significantly exceeded, while the cost would be around USD $ 150 billion lower per year if the target was to be met.

The report, “Africa’s Adaptation Gap”, released on November 19 and endorsed by the African Ministerial Conference on the Environment (AMCEN) whose secretariat is hosted by UNEP, confirms the World Bank’s “Turn Down the Heat” Reports that there is a 40 per cent chance that we will inhabit a ‘3.5-4°C World’ if mitigation efforts are not stepped up from current levels.

“Missing the 2°C window will not only cost governments billions of dollars but will risk the lives and livelihoods of hundreds of millions of people on the African continent and elsewhere,” said UN Under-Secretary General and UNEP Executive Director, Achim Steiner.

“Even with a warming scenario of under 2°C by 2050, Africa’s undernourished would increase 25-90 per cent. Crop production will be reduced across much of the continent as optimal growing temperatures are exceeded. The capacity of African communities to cope with the impacts of climate change will be significantly challenged.”

“I would like to welcome the decision by AMCEN to endorse the recommendations of the Africa Gap report; an important step towards strengthening political will and building resilient national policies.”

“Additional adaptation funding and technical know-how are imperative if Africa is to move towards a climate-resilient green future path. There is, for example, a need to develop drought-resistant crops, build early warning systems, invest in renewable energy sources and ensure that the catastrophic impacts of climate change are controlled or, better still, avoided,” he added.

UNEP’s “Emissions Gap Report” – launched days ahead of the UN Climate Conference in Warsaw – analyzes in much more detail and confirms that current pledges by individual countries to limit emissions by 2020 would lead to a global temperature increase of about 3.5–4°C warming by 2100 – unless emissions are reduced now and substantially reduced afterwards.

Even if nations meet their current climate pledges, greenhouse gas emissions in 2020 are likely to be 8 to 12 gigatonnes of CO2 (GtCO2e) above the level that would provide a likely chance of remaining on the least-cost pathway consistent with holding warming below 2°C. 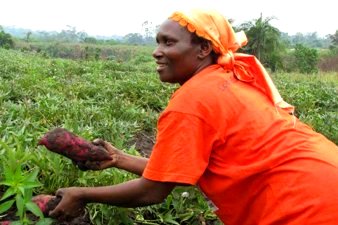 In a ‘3.5-4°C World’, Africa’s coastline is expected to undergo sea level rise 10 per cent higher than the rest of the world, with several countries particularly hard hit.

In Guinea-Bissau, Mozambique, and The Gambia, up to 10 per cent of the entire population would risk flooding risks annually by 2100. Arid areas in Africa, which already represent about half of the continent’s land area, are expected to increase by 4 per cent.

If we enter a ‘3°C World’, effectively all of the present maize, millet, and sorghum cropping areas across Africa would become unsustainable for current strains. In a ‘4°C World’, southern Africa will likely see decreases of up to 30 per cent in rainfall each year.

At the same time, north, west, and southern Africa will also see declines of 50-70 per cent in groundwater recharge, according to the study.

The study further details how agriculture, fisheries and water access – among other sectors – will be impacted. The degree to which these sectors will be impacted will depend on whether commitments are kept and whether better adaptation practices can be implemented.

The study points to a high risk of biodiversity loss, as species may be unable to migrate to suitable climates.