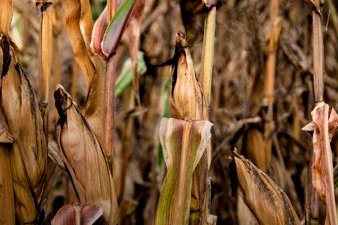 Forget about building consensus on the phenomena of global warming or the wrangling negotiations between the developing and developed worlds over carbon reduction targets, climate change has already started taking shape in almost every part of the world right from the equator to the poles, and from the wealthiest to the poorest of nations.

Besides the uncertain nature and the surprising magnitude of extreme weather events, whose impacts are felt almost instantaneously, the Intergovernmental Panel on Climate Change (IPCC) Fifth Assessment Report (AR5) from Working Group II released on 31st March 2014 finds that definite changes of lesser magnitude, which are showing persistent trends over past few decades, can emerge as a sure-shot recipe for bigger disasters.

The IPCC report finds that food security is a direct consequence of climate change and is fast becoming one of the biggest threats to mankind. The report states that rising temperatures have disrupted agricultural productivity of major crops around the world. (See Figure 1)

Climate change has started disrupting the natural onset of seasons. The timing of seasons not only maintains the delicate ecological balance necessary for crops to grow but also determines the agricultural yield – a key factor for many agriculture-driven economies. This disruption is a threat to the farming community and many ancillary industries.

Warming oceans have put survival of marine life at stake and many species have been found to migrate to cooler parts of the oceans. This has led to a drop in fish catches and has put fishing communities at the risk of losing their livelihoods. (See Figure 2)

The IPCC report has recorded several events that are attributable to the climate change phenomena. (See Figure 3)

It also details how such events could impact communities around the world. (See Figure 4)

Climate Warming Unlikely to Cause Extinction of Ancient Amazon Trees