Adapting to climate change has reached the political agenda in most European countries, according to the most comprehensive analysis of adaptation in Europe published to date. Extreme weather events and EU policies were the most common reasons for beginning to address adaptation.

The survey brings together detailed responses from 30 European countries, which are analysed in “National Adaptation Policy Processes in European Countries – 2014”, a new report from the European Environment Agency (EEA). 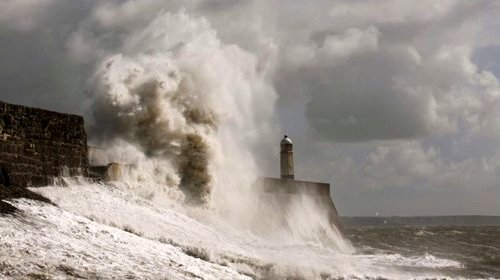 Most countries identified barriers to taking action – more than three quarters of countries cited a lack of resources such as time, money or technologies as a barrier. ‘Uncertainties about the extent of future climate change’ and ‘unclear responsibilities’ were both seen as barriers by a large number of countries.

Despite these difficulties, half the countries reported a high or very high willingness to develop policies and to adapt at the national level. Willingness to adapt may be linked to a growing awareness of climate change, which has increased over the last five years in two thirds of the countries covered, according to respondents.

“This is the first time European countries’ adaptation efforts have been analysed comprehensively,” Hans Bruyninckx, EEA Executive Director, said. “Attention is often on efforts to reduce greenhouse gas emissions, and for good reason. But adaptation is inevitable, so it is positive that there is now political focus on this issue across Europe. Many countries now need to turn plans into action.”

Climate change is expected to affect Europe with increased floods, droughts, heatwaves, rising sea levels and other widespread environmental changes, such as changing species distribution and crop growing seasons. The EEA’s climate change indicators show the extent to which these trends have already been observed in Europe and beyond.

Despite a widespread awareness among politicians – 21 countries have National Adaptation Strategies – concrete action is still at an early stage in many European countries. So far 13 countries are already implementing adaptation policies, according to the survey. Providing information was the most commonly-mentioned type of adaptation policy instrument, while water management was the most commonly prioritised sector for adaptation.

Several countries have already put in place schemes to monitor, evaluate or report on their progress, while more than half are planning or working on such a scheme, the survey shows.

The main aim of the report is to share experiences, lessons learned and good practice in adaptation. The survey was carried out on a voluntary, self-assessment basis.

Check the following link to read/download the Full Report:
http://www.eea.europa.eu/publications/national-adaptation-policy-processes

Arctic Sea Ice Being Lost at the Rate of Five Days...