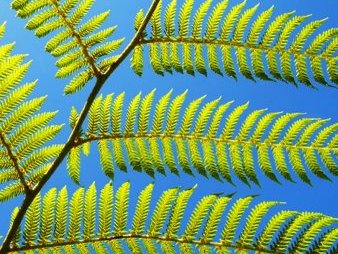 Norwalk, Connecticut – Xerox (NYSE: XRX) released its annual Report on Global Citizenship on October 1, which summarized the company’s progress toward a sustainable enterprise for its own operations and those of its customers.

In the report’s letter to stakeholders, Ursula Burns, Xerox Chairman and CEO, commented on the company’s history of innovation that has come to define responsible global citizenship at Xerox.

“More than ever, our story involves the commitment to innovate with the greater good as our guide,” she wrote. “We’re still pushing the boundaries of what is possible… focused on helping our customers be more successful by harnessing the potential of services and technologies for the promise of a better world.”

The report comes just after Xerox was added to the Dow Jones Sustainability North America Index (DJSI North America) and CDP (the Carbon Disclosure Project) ranked Xerox among the highest scores at 95 (A-). The world’s largest investors representing trillions of dollars in assets rely on the CDP to identify the critical elements of climate change and emissions accounting.

This is the ninth consecutive year Xerox has issued its Citizenship Report, which details the company’s global impact during 2013 across five major focus areas: Sustaining Business, Evolving the Workplace, Serving Customers, Preserving the Planet and Caring for Communities.

To find these statistics and more, take a look at this page and click “Our Progress” in the upper left corner. The report this year introduced the next generation of Global Reporting Initiative (GRI) G4 Sustainability Guidelines into its reporting to further demonstrate Xerox’s forward-looking commitment to transparent sustainability reporting and created a custom report builder tool that allows visitors to select, view and print the content they want directly from their browsers.

Check the following link to read/download the Full 2014 Report on Global Citizenship:
http://www.xerox.com/corporate-citizenship/2014/enus.html

Xerox Corporation Ltd. (Xerox) is an American multinational document management corporation that produces and sells a range of colour and black-and-white printers, multifunction systems, photocopiers, digital production printing presses, and related consulting services and supplies. Since the invention of Xerography more than 75 years ago, Xerox has helped businesses simplify the way work gets done. Today, they are global leader in business process and document management, helping organizations of any size be more efficient so they can focus on their real business. Headquartered in Norwalk, Connecticut, the Company has more than 140,000 employees and does business in more than 180 countries. For more information, visit www.xerox.com.