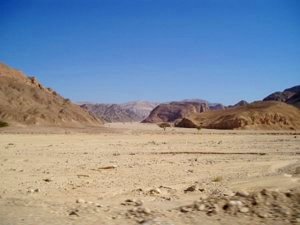 Baghdad – In an effort to set in motion robust action to restore Iraq’s fast deteriorating environment, the Government of Iraq signed, on Sunday, January 26, a landmark agreement with the United Nations Environment Programme (UNEP) that aims to speed up recovery and support national development goals.

According to a new government study – backed by UN and World Bank data – 5 to 8 per cent of Iraq’s GDP is lost annually to environmental degradation. At the same time, 39 per cent of Iraq’s agricultural land suffered a reduction in cropland between 2007 and 2009. Meanwhile, food insecurity remains on the rise.

The report warns that the quality and quantity of the country’s water has been impacted by upstream damming, pollution, climate change and inefficient usage. The amount of water available per person per year decreased from 5,900 cubic metres to 2,400 cubic metres between 1977 and 2009. Decreasing water supplies were exacerbated by drought from 2005 and 2009.

“The commitment of the Government to achieve environmental sustainability is clearly articulated in the vision, goals and objectives of the National Development Plan, which places the Green Economy at the heart of development and economic policies,” he added.

The new five-year Strategic Cooperation Agreement with UNEP will strengthen efforts to overcome many of Iraq’s environmental challenges.

Iraqi Minister of Environment Eng. Sargon Lazar Slewa, said, “The Government of Iraq is committed to moving ahead with plans to restore the environment as part of our National Development Plan. The visit by Mr. Steiner and the signing of the cooperation agreement will expedite and further strengthen this process. The well-being, security and livelihoods of Iraqis are dependent on our success.”

The signing of the agreement took place at a special event hosted by the Minister of Environment to welcome Mr. Steiner to Baghdad. It was attended by key figures including cabinet ministers, parliamentarians, members of the diplomatic community and international organizations.

The Government of Iraq also announced 2014 as a national Year of Environment and declared 28 January as an annual Environment Day.

Cooperation between the Government of Iraq and UNEP dates back to 2003, immediately after the establishment of the Ministry of Environment. Since then, UNEP has worked with the Iraqi Government on multiple projects, including: rapid post-conflict environmental assessments; environmental clean-up of highly contaminated sites; and the restoration of the Mesopotamian Marshlands.

The report, entitled “Iraq State of Environment and Outlook”, is available in Arabic only. It was prepared by the Government of Iraq with support from UNDP and UNEP.

Global Carbon Neutrality Should be Reached by Second Half of Century