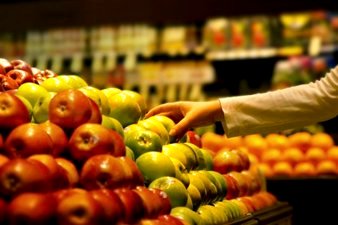 The UK retail industry on Wednesday, January 29, signed a range of ambitious targets for reducing its impact on the environment, having beaten the previous set across all areas.

Commitments announced on January 29 A Better Retailing Climate launch event include a collective pledge to reduce absolute carbon emissions by 25 per cent by 2020, putting the industry well on course to meet the 80 per cent overall target set by the UK Climate Change Bill.

The event at the House of Commons also marked the launch of a new report, “A Better Retailing Climate: Driving Resource Efficiency”. The British Retail Consortium‘s A Better Retailing Climate initiative is midway through its journey, one that has already seen massive positive change. The new report sees BRC members committing to an ambitious and challenging environmental strategy – one designed to make a significant impact on the way goods are produced, sold and used in the home. The new set of targets and commitments demonstrates that the UK retail sector is innovative, forward-thinking and a true global leader in this area.

The report shows that the 25 signatories, who represent half of UK retail by turnover, exceeded all their targets for reducing waste, energy and water usage up to 2013. It also showcases what the industry is doing across a wide range of environmental areas including responsible sourcing, sustainable products and reducing water and energy usage.

In a sector first, the supermarkets signed up to the initiative have also committed to publish their data on food waste created at the retail stage, along with annual progress reports. The signatories, which include all of the major grocery retailers, already provide data on waste in the supply chain to the resource efficiency body WRAP, and are working closely with customers to help reduce food waste in the home.

Other new targets announced on January 29 include a commitment to reducing emissions from refrigeration gases by 80 per cent by 2020, and to divert less than 1 per cent of waste to landfill by the same year.

British Retail Consortium Director General Helen Dickinson said, “Retailers in the UK have made significant progress in reducing their impact on the environment. I’m delighted that the signatories are pushing themselves to achieve against even more ambitious commitments, having gone above and beyond the last set of targets.

“The strength of commitment is plain to see when you look at how much progress has been made in the last decade: for example, only 6 per cent of waste was sent to landfill in 2013, down from 47 per cent in 2005. But retailers will continue to keep this momentum going: they recognise that it makes business sense and delivers real environmental benefits as well as value for their customers.”

Owen Paterson, Secretary of State for Department for Environment, Food and Rural Affairs (Defra), who was speaking at the event, said, “This initiative has been very successful in showing how industry can reduce the environmental impact of the retail sector.”

“It also highlights how it is possible to grow businesses in a sustainable way that is not only good for the environment but for the economy as well.”

About A Better Retailing Climate

The BRC’s A Better Retailing Climate initiative was set up in 2008, and committed businesses representing the majority of the UK retail market to sector-wide green goals.

The results it reveals include:

Waste: Exceeded Target. Retailers committed to reduce waste sent to landfill to below 15 per cent by 2013, with a longer term aspiration to achieve zero waste to landfill. In 2013, signatories sent 6 per cent of waste direct to landfill, down from 47 per cent in 2005.

Transport: Exceeded Target. Signatories committed to reduce delivery emissions by 15 per cent by 2013 (compared with 2005 levels). In fact they achieved a 29 per cent reduction by 2013.

Buildings: Exceeded Target. Signatories committed to cut energy-related emissions from buildings by 25 per cent by 2013 (compared with 2005 levels and allowing for growth), and achieved a 30 per cent reduction.

Refrigeration: Exceeded Target. Signatories committed to halve emissions from refrigeration by 2013 (relative to floor space to allow for business growth), and managed a 55 per cent reduction.

The new targets are:

Carbon (Retail Operations): Signatories will reduce their absolute carbon emissions from retail operations by 25 per cent by 2020 based on 2005 levels. 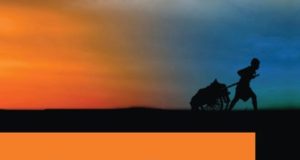