Extreme weather events have increased in frequency and intensity over the last 10 years. 2014 has witnessed some more puzzling weather events. The record-breaking heat waves in Australia, heaviest rainfall in Britain in 250 years, above-normal temperatures in many countries – Russia, Germany, Spain; extreme winters in the northern hemisphere, storms and persistent drought – all present different scenarios that can be classified as rare. But in most cases their occurrence has been unexpected; the causalities have been enormous and they have exposed the ill-preparedness of governments to handle such crisis-like situations. With the help of advanced technology, the physics behind such extreme weather events can be unraveled  but can these events be taken as a reference to draw inferences about climate change?

Statistically, No. According to statistics we would need sufficient data to test the significance of any trend which unfortunately is not available, currently. So, far climate research has been relying on decades of data on temperature, rainfall etc to derive conclusions. But when it comes to extreme weather events, we do not have much data for analysis. So how do we get those data points? We can wait for the next series of extreme weather events over a span of say, 10, 20 or 30 years or more when we can apply statistical tools to understand the patterns. But is this rationale justified?

Scientifically, No. As per the very recent findings, time is running out for concerted action on climate change. If we wait that long it might be too late to make appropriate interventions – adaptation and mitigation initiatives; stringent legislation, and put more pressure for realization of national commitments.  We know that, for instance,

We can see that all these events are inter-linked and any major change in one system can amplify the impact in other systems. But these linkages cannot be assumed to be stable. Projections show that annual growth in greenhouse gas emissions is not going to slow down any time soon. Global warming will continue to prevail and will continue to influence the way these systems are inter-related. The window for analysis and decision making is fast closing. In this domain of climate science, we may not be having the comfort of having ‘good’ data as time is running out. Future climate extremes can be ‘erratic in their own sense’ making a comparison with previous events a futile exercise.

We are not sure when and with what intensity, the next weather extreme will happen. But as it will happen we will be able to unravel the science behind it, which may or may not be conforming to our predictions. There is much randomness in these extreme weather events that will enhance our body of knowledge about planetary forces, but to wait and to get a statistical confirmation, is perhaps a tough ask.

The author is currently Editor at ThinktoSustain.com – a market space for ideas…
Media Contact: editor@thinktosustain.com 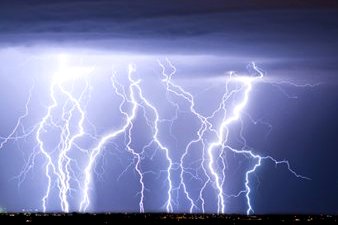