Dr. Nancy Grimm, of Arizona State University, who is a member of the Working Group for the report, said: “We need to make sure that large-scale engineering isn’t making us too complacent. In the developed world, we have been heavily reliant on some key large-scale pieces engineering projects, which have been pushed to their limits during recent events. By using a combination of engineering and more natural approaches, we can accept occasional small ‘failures’ while limiting the detrimental impact of a large, catastrophic event. We call this a safe-to-fail approach.”

The report also calls for changes to global financial accounting and regulation to ensure that extreme weather risk is made explicit. At present, these risks are not systematically factored into investors’ valuations or assessed by creditors.

Business surveys, economic forecasts and country briefings that guide investment decisions and credit ratings are typically based on the availability of skilled labour, access to export markets, political and economic stability, and financial incentives – but there is little or no consideration of actual or potential exposure to disaster risks.

Specifically, the Society suggests that companies report the following:

Mr. Rowan Douglas, member of the Working Group for the report, said: “If two otherwise identical international companies have different resilience to extreme weather risks that would impact their potential solvency or profit; for example, one has unprotected factories located in high risk floodplains, then one should have a proportionately lower share price or valuation to reflect this higher financial risk. However, this rarely happens.”

“As the frequency and severity of extreme events is increasing, there is increasing exposure of assets to risk. This brings an ever larger disconnect between material risk and asset valuation. Unless financial reforms are made to correct this, we will condemn ourselves to building vulnerable cities in the coming decades at the cost of millions of lost lives and livelihoods and billions of lost dollars, often across regions and communities that can least afford these catastrophic setbacks.”

The full report and interactive versions of global maps showing the change in exposure to floods, droughts and heatwaves between 2010 and 2090 are available on the Royal Society website: royalsociety.org/resilience

About The Royal Society

Founded in November 1660, The Royal Society is the national academy of science in the U.K. and acts as a scientific advisor to the British Government. The Royal Society is a self-governing Fellowship of many of the world’s most distinguished scientists drawn from all areas of science, engineering, and medicine. The Society’s fundamental purpose, reflected in its founding Charters of the 1660s, is to recognise, promote, and support excellence in science, and to encourage the development and use of science for the benefit of humanity. For more information, visit royalsociety.org. 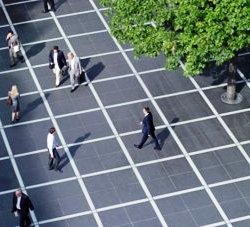