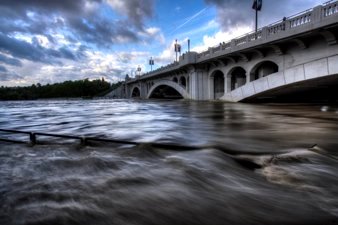 According to the seventh annual RBC Canadian Water Attitude Study, three-quarters of Canadians (74 per cent) agree that climate change will cause these events to happen more frequently. Yet just 23 per cent are concerned about extreme weather causing droughts or flooding and only nine per cent of Canadians have taken precautionary measures to protect themselves and their homes from the effects of extreme weather events.

The poll of 2,074 Canadians between January 24 and February 12, 2014, also showed that people perceive floods to be more prevalent in Canada compared to 10 years ago, with more than one-in-five Canadians (21 per cent) saying that they live in an area vulnerable to flooding.

“There’s no question that 2013 was the ‘Year of the Urban Flood’ for Canadians,” says Bob Sandford, chair, Canadian Partnership Initiative of the UN Water for Life Decade. “Extreme floods like the ones we saw in Calgary and Toronto weren’t a matter of ‘if’, they were simply a matter of ‘when’. So this level of inactivity on the part of Canadians is concerning. You wouldn’t go out in a rainstorm without an umbrella. Why wouldn’t you try to safeguard your home from the weather, too?”

Canadians seem unaware an increase in storm water runoff is caused, in part, by the amount of paving and concrete in our cities. Paved driveways continuing to be the preference of more than half (53 per cent) of Canadians. And even when they learn that a water-permeable driveway such as gravel or inter-locking stones will help the ground absorb excess water, the majority of Canadians (55 per cent) wouldn’t change their preference for pavement.

Water Experts are Sounding the Alarm

An increase in extreme rain and snowstorms not only has an impact on homes and property, it also causes significant strain at the municipal level as well.

“Storm water management systems in most towns and cities simply weren’t built to manage the volume of water we’re seeing from extreme storms,” says Sandford. “Since urban storm water runoff is a leading cause of water pollution, this can seriously degrade the quality of our drinking water sources.”

RBC also surveyed 134 stakeholders from government, business, NGOs and academia. This poll showed that while a large majority (77 per cent) of Canadian water experts believe the state of storm water management systems in their region is a serious issue, only one-in-five (21 per cent) of the general public believes that major investments in storm water management are necessary.

“This lack of public awareness makes it very difficult for municipalities to explain why investments in infrastructure are so urgent,” adds Sandford. “The right infrastructure is our most critical defense against flooding. If we don’t apply the resources necessary to improve our storm water management systems, our towns and cities could suffer the consequences for years to come.”

Both water experts and Canadians in general agree that protecting drinking water sources is the most serious water issue facing the country today, and many Canadians are pessimistic that water issues will be resolved in the next decade. Understanding the importance of storm water management systems is one step in the right direction towards protecting homes and cities from extreme weather damage.

Additional highlights from the survey include:

What can Canadians do to Prepare for Effects of Extreme Weather?

There are small changes Canadians can make around the home that have a big impact when extreme weather hits. 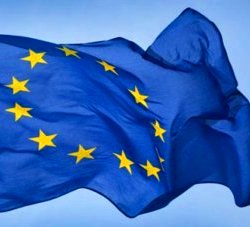