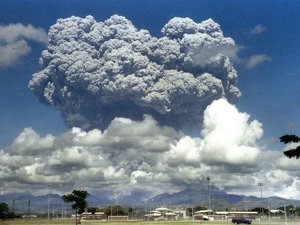 Plans to reverse the effects of global warming by mimicking big volcanic eruptions would have a catastrophic impact on some of the most fragile ecosystems on earth, according to new research from the University of Reading.

Geoengineering – the intentional manipulation of the climate to counter the effect of global warming – is being proposed as a last-ditch way to deal with the problems of climate change. However, University of Reading research suggests geo-engineering could cause massive changes to rainfall patterns around the equator, drying the tropical rainforests in South America and Asia and intensifying periods of drought in Africa.

The research also highlights how global geoengineering could provide solutions for some regions while causing more problems in others, opening up the possibility of conflict between countries if they were to act unilaterally to alter the climate. In general, countries in northern Europe and parts of Asia would be most likely to benefit, at the expense of parts of Africa, North and South America and South-East Asia [¹].

Geoengineering is a hot topic. Governments and the world’s leading climate scientists on the UN’s Intergovernmental Panel on Climate Change (IPCC) discussed the prospect of artificially cooling the climate at its meeting in Stockholm in September 2013.

Aerosols in the stratosphere reflect sunlight, reducing the amount of solar energy reaching the surface. This occurs naturally after big volcanic eruptions, such as that of Mount Pinatubo in 1991, which led to a large short-term dip in global temperatures. Aerosols could potentially be artificially sprayed into the upper atmosphere to counteract the effects of climate change.

But the researchers suggest that such stratospheric aerosol injection, probably the leading candidate for a workable geoengineering scheme, would create significant, harmful side effects by weakening weather systems in the tropics.

The research was carried out at the University of Reading’s Department of Meteorology, one of the world’s leading centres for the study of weather and climate.

Dr. Andrew Charlton-Perez, University of Reading, one of the co-authors of the research, said, “We have shown that one of the leading candidates for geo-engineering could cause a new unintended side-effect over a large part of the planet.”

“The risks from this kind of geoengineering are huge. A reduction in tropical rainfall of 30% would, for example, quickly dry out Indonesia so much that even the wettest years after a man-made intervention would be equal to drought conditions now. The ecosystems of the tropics are among the most fragile on Earth. We would see changes happening so quickly that there would be little time for people to adapt.”

“Discussion of geoengineering often prompts heated debate, but very often there is a lack of understanding of what putting large amounts of aerosol in the stratosphere will do to the complex climate system. Our findings should help to fill in some of the gaps about one of the leading candidates.”

Co-author of the paper Professor Ellie Highwood, University of Reading, said, “Climate scientists agree that cutting carbon emissions is still necessary to curb the damaging effects of future climate change. However, since such cuts are far from certain to materialise, proponents of geoengineering research argue that whatever the world decides on its carbon emissions, it would be prudent to explore alternatives that might help us in the decades ahead.”

“On the evidence of this research, stratospheric aerosol geoengineering is not providing world leaders with any easy answers to the problem of climate change.”

Angus Ferraro, who carried out the research at the University of Reading and now works at Exeter, said, “To reduce global temperatures enough to counter effects of global warming would require a massive injection of aerosol – the small particles that reflect sunlight back into space. This would be equivalent to a volcanic eruption five times the size of that of Mount Pinatubo in 1991 every year.”

“Previous predictions of how stratospheric aerosol injection would affect climate were based on a number of assumptions. By actually modelling what would happen if aerosol were to be pumped into the atmosphere around the equator, we have revealed a new impact of geoengineering on tropical climate. As well as reflecting some of the incoming energy from the sun and cooling surface temperature, the aerosol also absorbs some of the heat energy coming from the surface which warms the stratosphere. We have shown for the first time that warming the stratosphere makes the troposphere below more stable, weakening upward motion and reducing the amount of rainfall at the surface.”

The research, the first to highlight these changes to the tropical circulation, was published on 8 January 2014 in the journal Environmental Research Letters.

Check the following link to read/download the Full Study – “Weakened Tropical Circulation and Reduced Precipitation in Response to Geoengineering”:
http://iopscience.iop.org/1748-9326/9/1/014001/article

[1] Details of which regions would be most affected, along with a risk analysis to the world’s population and economy, are the subject of a forthcoming research paper from the same authors, to be published later this year.

Aerosol injection has been proposed as a cost-effective way of countering the harmful effects of man-made global warming, and is therefore one of the leading candidates for geoengineering the climate. It would mimic the natural effect of large volcanic eruptions, which emit aerosols – small reflective particles – into the stratosphere, reflecting more of the sun’s energy back into space, thus reducing the mean global temperature. While the technology to carry this out has not yet been fully developed, tests have been carried out on pilot schemes, with proposals including pumping particles from the surface through a pipe, carried by a high-altitude tethered balloon.