Purchase, New York – PepsiCo, Inc. (NYSE: PEP) strengthened its commitment to action on climate change by announcing on September 19 the new goals for phasing out equipment with hydroflourocarbons (HFCs), signing both the Ceres BICEP Climate Declaration and the Prince of Wales’ Corporate Leaders Group Trillion Tonne Communique, and reporting progress on its energy efficiency and sustainability initiatives.

These commitments are part of PepsiCo’s overall strategy to address climate change by working across its business and with global leaders, who are set to renew their focus on climate change.

“Combating climate change is absolutely critical to the future of our company, customers, consumers – and our world,” said Indra Nooyi, Chairman & CEO of PepsiCo. “I believe all of us need to take action now. PepsiCo has already taken actions in our operations and throughout our supply chain to ‘future-proof’ our company – all of which deliver real cost savings, mitigate risk, protect our license to operate, and create resilience in our supply chain.”

PepsiCo announced a goal that by 2020 all of its future point-of-sale equipment (coolers, vending machines and fountain dispensers) purchased in the United States, will be HFC-free. HFCs are a popular chemical coolant and are considered a potent greenhouse gas (GHG) that contributes to climate change. This goal is part of a recently launched partnership with the Obama Administration and other U.S. companies, which aims to reduce global consumption of HFCs by the equivalent of 700 million metric tons of carbon dioxide – or 1.5 percent of the world’s 2010 greenhouse gas emissions – through 2025.

To meet its goal, PepsiCo will begin purchasing new HFC-free equipment starting in 2015. PepsiCo has already begun to phase out HFCs in its equipment outside of the United States by buying more than 290,000 HFC-free pieces of equipment since 2009 and by using a 100 percent HFC-free insulation/foam for all new equipment. It has also minimized the impact of existing equipment by innovating its coolers and vending machines to improve their energy efficiency by 60 percent compared with a 2004 baseline. These combined efforts have reduced total greenhouse gas emissions by 18 percent since 2007. 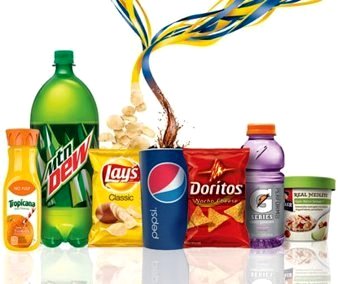 Along with this goal, PepsiCo has became the largest U.S.-based food and beverage industry signatory of the Climate Declaration of the Ceres coalition, Business for Innovative Climate and Energy Policy (BICEP). PepsiCo also signed the Prince of Wales’ Corporate Leaders Group Trillion Tonne Communique.

“From our long-standing partnership with PepsiCo, and their commitment to ongoing stakeholder engagement, we know this leading food and beverage company understands the critical impact of climate change and the economic benefits of tackling it sooner rather than later,” said Mindy Lubber, President of Ceres, a non-profit organization mobilizing business leadership on climate change and other global sustainability challenges. “We are happy that PepsiCo is continuing to move beyond its own operations and supply chain to urge further action from the private sector and government.”

PepsiCo reported a nearly 14 percent improvement in global energy efficiency in 2013 when compared with its 2006 baseline. This change represents progress towards PepsiCo’s goal of reducing energy intensity by 20 percent per unit of production by 2015 and is driven by resource conservation initiatives and conversion to renewable forms of energy. In 2013 alone, energy efficiency efforts delivered estimated cost savings of $ 75 million.