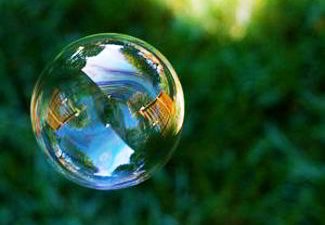 Ottawa – Canada’s economy is experiencing a “carbon bubble” that could have significant consequences for Canada’s financial markets and pension funds, according to a new study released on March 28 by the Canadian Centre for Policy Alternatives (CCPA).

Between two-thirds and four-fifths of known fossil fuel reserves have been deemed to be “unburnable carbon” that cannot safely be combusted without leading to catastrophic climate change.

“Business-as-usual for the fossil fuel industry is incompatible with the need to keep the global temperature increase to 2°C or less,” says CCPA Senior Economist Marc Lee. “The recent experience of high-tech and housing bubbles should serve as a stern warning to investors and policy makers.”

The study, by Lee and SFU graduate student Brock Ellis, estimates Canada’s share of a global carbon budget and finds that, at least 78% of Canada’s proven oil, bitumen, gas, and coal reserves, and 89% of proven-plus-probable reserves would need to remain underground.

This unburnable carbon has implications for the Canadian fossil fuel industry, but also for financial markets, in particular pension funds who have invested in fossil fuel industries as part of their portfolios. The Toronto Stock Exchange (TSX) is highly weighted towards the fossil fuel sector. At the end of 2011, the TSX had 405 listed oil and gas companies with a total market capitalization of over $ 379 billion.

The study compares assets and liabilities for more than 100 top fossil fuel companies in Canada to estimates of their “carbon liabilities” – the estimated damages from emitting a tonne of carbon. For Canadian-listed companies, the low estimate amounts to $ 844 billion in carbon liabilities – more than two and a half times the market capitalization and nearly double the assets of those companies. The high estimate yields a figure just under $ 5.7 trillion, an amount 17 times larger than market capitalization and 13 times assets.

“There has been a general failure among pension funds to account for climate risk, and a tendency to view any screening for environmental purposes to be detrimental to financial performance,” says Lee. “Our analysis turns this on its head: by not accounting for climate risk, large amounts of invested capital are vulnerable to the carbon bubble.”

Pension fund managers must take inter-generational equity into account. While pension funds have to generate maximum current return value for existing (and soon-to-be) pensioners, at the same time, they must equally represent the interest of young workers for their eventual retirements.

Pension funds and other institutional investors need to be part of the solution, according to the study, which makes several recommendations to green Canada’s financial markets, including: establishing a national carbon budget; developing green bonds; and mandating carbon stress tests for financing commitments and portfolios.

“We are in need of a ‘managed retreat’ from fossil fuel investments,” says Lee.

“Canada’s Carbon Liabilities: The Implications of Stranded Fossil Fuel Assets for Financial Markets and Pension Funds” is available on the CCPA website:
http://www.policyalternatives.ca/publications/reports/canadas-carbon-liabilities

New Policy can put EU on Track to Reach 100% Renewable...