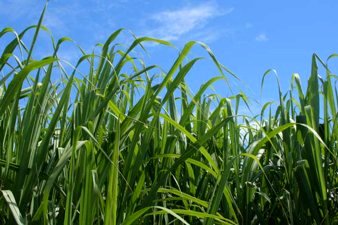 Falmouth, Massachusetts – Fossil fuel emissions release billions of tons of carbon into the atmosphere each year, which is changing the climate and threatening the sustainability of life on planet Earth. In Brazil, the demand for alternative energy sources has led to an increase in biofuel crops.

Compared to corn, soy and palm oil, the rapid growth rate of sugar cane has put it at the fore-front of biofuel crops. Brazil’s national commitment to reduce greenhouse gas emissions, along with rising gasoline prices, has led to the world’s largest fleet of flex-fuel vehicles, fueled by the over 36 million tonnes of sugar cane currently grown in the country. This number is expected to climb with new technologies and greater global demand. The challenge for Brazil lies in identifying optimal lands for expanding sugar cane while still meeting demands for food crops and conserving native forests and savannahs.

The Cerrado, Brazil’s 2 million km2 savannah region, is the most biologically rich savannah on Earth. Unlike the Amazon, which remains over 80% forested, over half of the Cerrado has been cleared for agriculture, including sugar cane as biofuel crops.

As Drs. Macedo and Davidson note, the new research shows that it would take 17 years of sugar cane production to make up for the carbon losses caused by clearing the Cerrado. In contrast, converting already cleared pastures to sugar cane production provides a nearly immediate carbon payback when ethanol is burned in lieu of gas and oil.

With over 2.5 million square kilometers of existing cleared lands in Brazil, much of which is degraded pasture lands, there is already a large potential area for biofuel crop expansion.

Says Dr. Macedo, “Because Brazil has a large supply of under-used, low productivity pastures that are suitable for sugar cane, there is no reason to clear additional native Cerrado for sugar cane production.”

Dr. Davidson adds, “A study commissioned by the World Bank shows that there is likely room for an all-of-the-above future land use strategy, which includes using degraded pastures for a combination of reforestation, expansion of biofuel and food crops, and intensification of cattle production.”

In agreement with their Brazilian colleagues, Macedo and Davidson conclude that Brazil can meet today’s demands for food, fiber, feed and fuel with no further biodiversity loss, minimal carbon costs, and even a carbon gain, which would help slow climate change.

Check the following link to read/download the Full Study – “Climate and Land Use: Forgive Us Our Carbon Debts”:
http://www.nature.com/nclimate/journal/v4/n7/full/nclimate2279.html