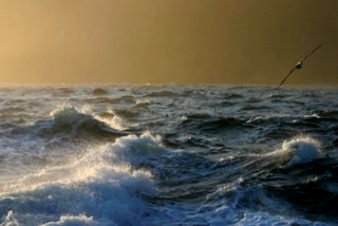 New research led by Australian National University (ANU) has explained why Antarctica is not warming as much as other continents, and why southern Australia is recording more droughts.

Researchers have found rising levels of carbon dioxide in the atmosphere are strengthening the stormy Southern Ocean winds which deliver rain to southern Australia, but pushing them further south towards Antarctica.

Lead researcher Nerilie Abram, from the ANU Research School of Earth Sciences, said the findings explained the mystery over why Antarctica was not warming as much as the Arctic, and why Australia faces more droughts.

“As the westerly winds are getting tighter, they’re actually trapping more of the cold air over Antarctica,” Abram said. “This is why Antarctica has bucked the trend. Every other continent is warming, and the Arctic is warming fastest of anywhere on earth.”

While most of Antarctica is remaining cold, rapid increases in summer ice melt, glacier retreat and ice shelf collapses are being observed in Antarctic Peninsula, where the stronger winds passing through Drake Passage are making the climate warm exceptionally quickly.

Until this study, published in Nature Climate Change, Antarctic climate observations were available only from the middle of last century.

By analysing ice cores from Antarctica, along with data from tree rings and lakes in South America, Dr. Abram and her colleagues were able to extend the history of the westerly winds back over the last millennium.

“The Southern Ocean winds are now stronger than at any other time in the past 1,000 years,” Abram said. “The strengthening of these winds has been particularly prominent over the past 70 years, and by combining our observations with climate models, we can clearly link this to rising greenhouse gas levels.”

“Strengthening of these westerly winds helps us to explain why large parts of the Antarctic continent are not yet showing evidence of climate warming,” said Dr. Mulvaney, from the British Antarctic Survey.

“This new research suggests that climate models do a good job of capturing how the westerly winds respond to increasing greenhouse gases,” added Professor England, from the Climate Change Research Centre at University of New South Wales (UNSW). “This isn’t good news for farmers reliant on winter rainfall over the southern part of Australia.”

The research was aided by the National Computational Infrastructure’s Raijin Supercomputer, the most powerful in the Southern Hemisphere.

Check the following link to read/download the Full Study – “Evolution of the Southern Annular Mode during the Past Millennium”:
http://www.nature.com/nclimate/journal/vaop/ncurrent/full/nclimate2235.html