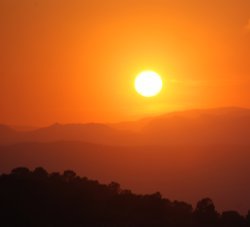 Geneva – The year 2013 is currently on course to be among the top ten warmest years since modern records began in 1850, according to the World Meteorological Organization (WMO). The first nine months, January to September, tied with 2003 as the seventh warmest such period on record, with a global land and ocean surface temperature of about 0.48 C (0.86 F) above the 1961-1990 average.

WMO’s provisional annual statement on the Status of the Global Climate 2013 provides a snapshot of regional and national temperatures. It also includes details on precipitation, floods, droughts, tropical cyclones, ice cover and sea level. The statement was released on November 13 to inform negotiators at the United Nations Climate Change Conference (COP19) in Warsaw, Poland.

January-September 2013 was warmer than the same period in both 2011 and 2012, when La Niña had a cooling influence. Neither La Niña nor El Niño conditions were present during the first nine months of 2013 and are not expected to emerge by the end of the year. El Niño/La Niña is a major driver of our climate and the hottest years on record, 2010 and 1998, both had El Niño events.

In contrast with 2012, when the United States, in particular, observed record high annual temperatures, the warmth in 2013 was most extreme in Australia.

“Temperatures so far this year are about the same as the average during 2001-2010, which was the warmest decade on record,” said WMO Secretary-General Michel Jarraud. “All of the warmest years have been since 1998 and this year once again continues the underlying, long-term trend. The coldest years now are warmer than the hottest years before 1998,” he said.

“Atmospheric concentrations of carbon dioxide and other greenhouse gases reached new highs in 2012, and we expect them to reach unprecedented levels yet again in 2013. This means that we are committed to a warmer future,” added Mr. Jarraud. “Surface temperatures are only part of the wider picture of our changing climate. The impact on our water cycle is already becoming apparent – as manifested by droughts, floods and extreme precipitation.”

“The Philippines is reeling from the devastation wreaked by Typhoon Haiyan (Yolanda), the most powerful tropical cyclone ever to hit the country and one of the most intense ever recorded anywhere. It is still struggling to recover from Typhoon Bopha (Pablo) one year ago. Although individual tropical cyclones cannot be directly attributed to climate change, higher sea levels are already making coastal populations more vulnerable to storm surges. We saw this with tragic consequences in the Philippines,” said Mr. Jarraud. He added that, although the relationship between climate change and the frequency of tropical cyclones is a matter of much research, it is expected that their impact will be more intense.

The provisional WMO statement confirms that global sea level reached a new record high. Sea level has been rising at an average rate of about 3.2 millimeters per year (mm/yr), with inter-annual variability, since altimeter satellite measurements began in 1993. This is close to the observed rate of about 3 mm/yr of the most recent decade of 2001-2010 and double the observed 20th century trend of 1.6 mm/yr.

“Sea levels will continue to rise because of melting ice caps and glaciers. More than 90% of the extra heat we are generating from greenhouse gas is absorbed by the oceans, which will consequently continue to warm and expand for hundreds of years,” said Mr. Jarraud.

Arctic sea ice recovered slightly after the dramatic and unprecedented melt in 2012, but 2013 still saw one of the lowest levels on record. Since the beginning of satellite measurements in 1979, the decade 2001-2010 has seen the greatest average annual melting of Arctic sea ice on record and all seven of the lowest Arctic sea ice extents have occurred since 2007.

Arctic sea ice extent reached its annual maximum on 15 March at 15.13 million square kilometers, according to the U.S. National Snow and Ice Data Center (NSIDC). This was approximately 0.5 million square kilometers below the 1981–2010 average. According to the University of Colorado-Boulder (USA), ice that is more than four years old has decreased from 18 per cent of the March peak ice cover in 1984 to 3 per cent in 2013 – evidence of a faster melt rate.

The Arctic reached its lowest sea ice extent in its annual cycle on 13 September, at 5.10 million square kilometers, the sixth smallest on record. This was 18 per cent, or nearly 1.1 million square kilometers, below the 1981–2010 average minimum. However, it was higher than the record low of 3.41 million square kilometers of September 2012. During June−August 2013, lower-than-average atmospheric pressure dominated over much of the Arctic Ocean, which limited heat transport from the south and brought more cloud cover, contributing to lower temperatures compared to the previous year. The associated winds also caused the ice cover to spread out and cover a larger area. 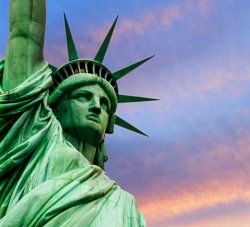