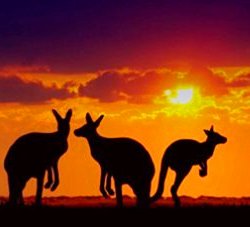 Geneva – The year 2013 once again demonstrated the dramatic impact of droughts, heatwaves, floods and tropical cyclones on people and property in all parts of the planet, according to the World Meteorological Organization’s Annual Statement on the Status of the Climate.

The report confirmed that 2013 tied with 2007 as the sixth warmest on record, continuing the long-term global warming trend. It provided a snapshot of regional and national temperatures and extreme weather events as well as details of ice cover, ocean warming, sea level rise and greenhouse gas concentrations – all inter-related and consistent indicators of our changing climate.

Thirteen of the fourteen warmest years on record have all occurred in the 21st century, and each of the last three decades has been warmer than the previous one, culminating with 2001-2010 as the warmest decade on record. The average global land and ocean surface temperature in 2013 was 14.5°C (58.1°F) – 0.50°C (0.90°F) above the 1961–1990 average and 0.03°C (0.05°F) higher than the 2001–2010 decadal average. Temperatures in many parts of the southern hemisphere were especially warm, with Australia having its hottest year on record and Argentina its second hottest.

“Naturally occurring phenomena such as volcanic eruptions or El Niño and La Niña events have always contributed to frame our climate, influenced temperatures or caused disasters like droughts and floods. But many of the extreme events of 2013 were consistent with what we would expect as a result of human-induced climate change. We saw heavier precipitation, more intense heat, and more damage from storm surges and coastal flooding as a result of sea level rise – as Typhoon Haiyan so tragically demonstrated in the Philippines,” said WMO Secretary-General, Mr. Michel Jarraud.

“There is no standstill in global warming,” said Mr Jarraud. “The warming of our oceans has accelerated, and at lower depths. More than 90 percent of the excess energy trapped by greenhouse gases is stored in the oceans. Levels of these greenhouse gases are at record levels, meaning that our atmosphere and oceans will continue to warm for centuries to come. The laws of physics are non-negotiable.”

“Weather forecasting, including of storms and other hazards, has become much more skilful in recent years. As demonstrated in October by Cyclone Phailin, the second strongest tropical cyclone to strike India since modern records began, improved forecasting, combined with government action to build national resilience and provide shelters, greatly reduces the loss of life. We must continue strengthening preparedness and early warning systems and implementing a multi-hazard approach to disaster risk reduction,” he said.

The Status of the Climate Report contains a peer-reviewed case study into Australia’s record warmth in 2013. The study by scientists at the ARC Centre of Excellence for Climate System Science, University of Melbourne, Australia, used nine state-of-the-art global climate models to investigate whether changes in the probability of extreme Australian summer temperatures were due to human influences.

“Comparing climate model simulations with and without human factors shows that the record hot Australian summer of 2012/13 was about five times as likely as a result of human-induced influence on climate and that the record hot calendar year of 2013 would have been virtually impossible without human contributions of heat-trapping gases, illustrating that some extreme events are becoming much more likely due to climate change,” the study concluded. 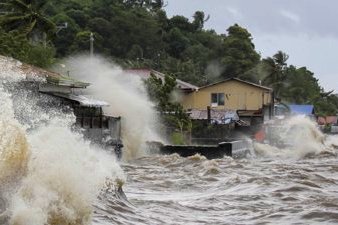 WMO’s Statement, which is an internationally recognized authoritative source of information, highlights the key climate events of 2013: