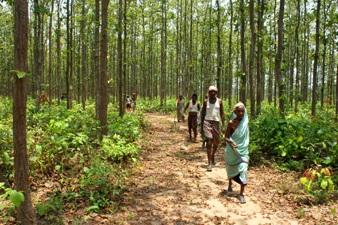 London – A recent spate of high-profile pronouncements and court rulings that support the claims of indigenous peoples to land and resources in tropical forest nations have yet to be implemented, according to two new reports released on February 5 by the Rights and Resources Initiative (RRI). Around the world, the pace of legal recognition of land and resource rights has slowed dramatically even as the global hunger for food, fuel, water and mineral wealth continues.

In examining 33 countries (representing 85 percent of forests in low and middle income countries), the new RRI analysis found that the area of forestland secured for community ownership since 2008 is less than 20 percent of the area that was recognized in the previous six years. And despite progress in Latin America in particular, governments still claim 61 percent of the world’s tropical forests, home to tens of millions of indigenous peoples and local communities.

In a further analysis examining the legal frameworks in a subset of these countries, researchers determined that the land tenure laws passed since 2008 are weaker and recognize fewer rights than those passed before.

“We applaud every court ruling, corporate announcement, and government press conference acknowledging the rights of people to the lands on which they live,” said Andy White, Coordinator of the Rights and Resources Initiative. “But communities have grown tired of waiting for these fine words to become law, and for those laws to be implemented. Progress is measured by actions and accomplishments on the ground, not by words alone.”

The first report, “What Future for Reform? Progress and Slowdown in Forest Tenure Reform Since 2002”, determined that the rights of indigenous peoples and local communities to own and control their forest lands are formally recognized across substantial areas of the world’s forests – at least 513 million hectares, which is more than one and a half times the size of India. However, most of this land is concentrated only in a handful of lower and middle-income countries.

Recognition and enforcement of forest peoples’ rights support their roles as key actors in global forest management, conservation and climate change mitigation efforts. But government claims to forestlands leave communities vulnerable to allocations of their customary lands to the private sector, for exploitation of the natural resources that the land contains.

“It is no coincidence the global slowdown in reform happened at the exact time that the financial value of land, water, and carbon skyrocketed,” said Raul Silva Telles do Valle, Policy and Rights Program Coordinator for Instituto Socioambiental (ISA) in Brazil. “As a result, ‘land grabbing’ has spiked and impoverished countries desperate for an economic boost see forests as a commodity, not as their citizens’ home. These governments need to see the forest as more than just land for exploitation and a collection of trees.” 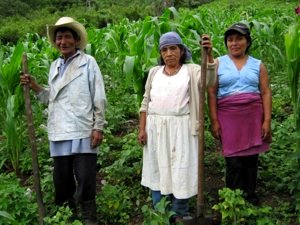 The report also highlights a number of stark regional differences:

According to the new report, reform efforts in Latin America represent nearly two thirds of the global increase in forested area under community ownership or control from 2002-2013. Most of the countries in the region have adopted some form of legislation recognizing communities’ land and resource rights. That said, all countries in the region still face major challenges in implementing this legislation and effectively protecting local rights.

Outside of Latin America, the data tells a different story. For example, the countries of the Congo basin, which collectively contain the world’s second largest rainforest, governments claim legal control of more than 99 percent of their forestland. Similarly, the countries of peninsular Southeast Asia control more than 99 percent of their forestlands.

“Since the Constitutional Court ruling, the Indonesian Ministry of Forestry has issued several regulations that run contrary to the ruling and have led to displacement and abuse of the rights of indigenous peoples,” said Abdon Nababan, Secretary General of the Indigenous Peoples’ Alliance of the Archipelago (AMAN) in Indonesia. “If the government keeps delaying the implementation of the ruling, AMAN expects an escalation of conflicts in the near future. The President of Indonesia should keep his promise made last June at the FTA Conference to protect indigenous rights, and immediately take action for the benefit of the country. The rest of the world is watching.”