Foz do Iguaçu, Brazil – European companies that use soy for animal feed or animal products are not doing nearly enough to encourage responsible growers to reduce the negative impacts of soy production, according to a new analysis from WWF.

Released on May 8 at the annual meeting of the Round Table on Responsible Soy (RTRS) in Foz do Iguaçu, Brazil, the WWF Soy Report Card 2014, also found national initiatives on responsible soy spurring better performance from companies, though some improvements still need to be made.

“Europe uses 34 million tonnes of soy a year and needs to take more responsibility for reducing deforestation, environmental degradation and social conflict in Latin America where that soy is mainly coming from,” said Sandra Mulder, leader of WWF’s global soy programme. “We are showing in this report that European companies and countries could readily do much more, starting with taking up more of the certified soy that is being produced by RTRS and ProTerra, currently the only two credible schemes for responsible soy.”

The report surveyed 88 major retailers, producers and feed suppliers from Denmark, France, the Netherlands, Sweden and the UK, finding that the best performers were concentrated among retailers, consumer goods manufacturers and the dairy industry. Little interest was being shown by most companies in the feed, meat and egg sectors and the limited progress evident here was being driven by national programmes.

“With around three quarters of soy globally going into animal and fish feed, WWF is pleased to bring some transparency to a supply chain characterized by unfamiliar companies relatively insulated from consumer concerns about what soy production might be doing to forests, communities or the global climate,” said Mulder. “If we are to reduce the negative impacts of soy production, these are the companies that are going to have to lift their game, while the retailers and consumer product suppliers need to make sure that they do. Companies can also purchase responsible soy credits themselves in order to guarantee the products they offer to consumers are not linked to irresponsible soy production.”

Half the meat and egg companies and almost half of the feed manufacturers failed to respond to the survey, compared with around a fifth of the consumer goods and dairy companies and less than a third of the retail and food service companies, showing awareness of their impacts is far too low. Household name companies that either did not respond or who have yet to take meaningful action to clean up their soy supply chains included Nando’s (UK) and Danone (France). Companies that have started the journey to responsibly sourced soy include the French retailer Carrefour, the Dutch feed company Nutreco, and UK retailers Sainsbury’s and Tesco.

The report noted that half the companies taking action were involved with national plans, with the 27 companies involved in the Swedish Soy Dialogue having pledged to 100 percent responsible soy procurement in 2015, and a Netherlands responsible soy supply chain initiative accounts for nearly a quarter of national soy purchases in 2013. WWF is asking that the involved companies all commit to cover not only the soy for domestic use, but also the soy used in their international operations and that which is embedded in animal products for export.

Meanwhile, Soy Network Switzerland, a joint venture by 14 major Swiss agriculture, food and retail companies, is close to a target of 90 per cent of soy used in Switzerland being certified responsible GM Free* in 2014. In contrast, a French Sustainable Procurement for Animal Feed platform has yet to give priority to sourcing responsible soy.

“Only 50% of the RTRS certified produced has been sold. Taken into account current prices for soy, the additional costs for RTRS credits are negligible, less than half a percent,” said Mulder. “There is no excuse for companies not to calculate their soy use and begin to cover it by RTRS credits now.”

WWF research on other commodity supply chains is showing that responsible sourcing can reduce business risk and increase efficiency. 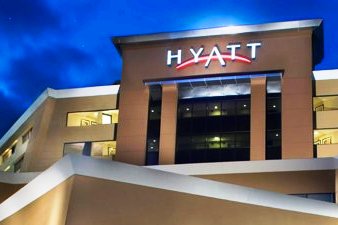