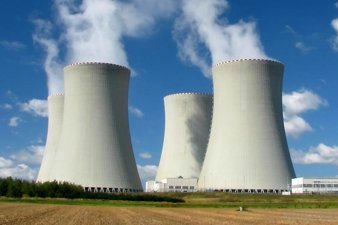 Vienna – Cancer levels are likely to remain stable in the wake of the 2011 Fukushima Daiichi nuclear power accident, according to a new UN report released on April 2.

The report is titled “Levels and Effects of Radiation Exposure Due to the Nuclear Accident after the 2011 Great East-Japan Earthquake and Tsunami” by the United Nations Scientific Committee on the Effects of Atomic Radiation (UNSCEAR).

It finds that no discernible changes in future cancer rates and hereditary diseases are expected due to exposure to radiation as a result of the Fukushima nuclear accident; and, that no increases in the rates of birth defects are expected.

Nevertheless, it notes a theoretical possibility that the risk of thyroid cancer among the group of children most exposed to radiation could increase and concludes that the situation needs to be followed closely and further assessed in the future. Thyroid cancer is a rare disease among young children, and their normal risk is very low.

“People are rightly concerned about the impact on their health and their children’s health,” said Carl-Magnus Larsson, Chair, UNSCEAR. “Based on this assessment, however, the Committee does not expect significant changes in future cancer statistics that could be attributed to radiation exposure from the accident,” he said.

The findings are based on estimates of the exposure of various population groups – including children – as well as scientific knowledge of health impacts following radiation exposure.

According to the study, the expected low impact on cancer rates of the population is largely due to prompt protective actions on the part of the Japanese authorities following the accident.

The Committee analyzed reported worker doses and also independently assessed doses for some of the workers. The Committee’s assessments are broadly consistent with reported doses, but uncertainties remain for exposures during the early phase of the accident.

“The Committee concluded that no discernible increase in cancer or other diseases is expected; however, the most exposed workers will receive regular health checks,” said Wolfgang Weiss, Chair of the Assessment.

The Committee also evaluated the effects of radiation exposure on both terrestrial and marine ecosystems, finding that any effects would have been transient.

For marine ecosystems, the possibility of effects on flora and fauna was limited to the shoreline area adjacent to the power station and the potential for effects over the long term was considered insignificant.

Check the following link to read/download the Full Report:
http://www.unscear.org/unscear/en/publications/2013_1.html

The United Nations Scientific Committee on the Effects of Atomic Radiation (UNSCEAR), established in 1955, is mandated to undertake broad reviews of the sources of ionizing radiation and the effects on human health and the environment. Its assessments provide a scientific foundation for governments and UN agencies to formulate standards and programmes for protection against ionizing radiation.

More than 80 leading scientists worked on the study analyzing the effects of radiation exposure following the accident at the Fukushima Daiichi nuclear power station. Material they prepared was reviewed for technical and scientific quality by its 27 Member States at their annual session in May 2013. All scientists had to declare any conflict of interest related to their participation in the assessment.

The UNSCEAR secretariat is administered by the United Nations Environment Programme (UNEP).

A Hotter World is a Hungrier World, Warns Oxfam