A step-by-step guide to reducing impacts on whales and other marine species during seismic sea floor surveys has been developed by experts with IUCN’s Western Gray Whale Advisory Panel (WGWAP) and Sakhalin Energy Investment Company Ltd.

In the study, published in the journal Aquatic Mammals, the authors present the most thorough, robust and practical approach to minimizing and monitoring the risk of harm to vulnerable marine species when intense sounds are used to survey the sea floor primarily in the search for oil and gas.

“This is a valuable tool for oil and gas companies, regulators and others on all aspects of developing and implementing successful environmental monitoring and mitigation programmes that are precautionary, responsible and effective,” says lead author Dr. Doug Nowacek, WGWAP Member from Duke University.

In seismic surveys, air guns towed behind ships repeat powerful bursts of sound. Sensors measure the return echo to reveal details of the sea floor and underlying geologic structure to a depth of several kilometers. Sound is a powerful tool for imaging and investigating the sea floor that is deployed mostly by the energy industry to pinpoint the location of oil or gas. Such surveys are also used for mapping the continental shelf and for finding the best sites for new offshore wind energy projects.

Whales rely on sound for communication, navigation and foraging. Exposure to loud noise from seismic surveys can result in stress and behaviour changes, affect foraging and nursing, or cause direct physical damage.

The study describes the most comprehensive whale protection programme ever developed for a seismic survey, used by Sakhalin Energy Investment Company Ltd. – an oil and gas company with Gazprom, Shell, Mitsui and Mitsubishi as shareholders – in a survey close to the main Western Gray Whale feeding area near Sakhalin Island, on the Russian coast, just north of Japan.

“The survey was completed on schedule and all monitoring and mitigation components were successfully implemented. The company obtained the necessary data, while, at the same time, minimizing the risk of disturbance to whales. The approach was so successful that the results of ongoing analysis have not revealed significant direct impact on the whales,” says Mr. Carl Gustaf Lundin, Director of Global Marine and Polar Programme at IUCN, which convenes WGWAP.

The feeding areas near Sakhalin – a region with huge offshore oil and gas deposits – are vital for the survival of Western Gray Whales, listed as Critically Endangered on the IUCN Red List of Threatened SpeciesTM. They fast during the breeding season and most of their long migration from feeding to breeding and calving areas. Obtaining enough food, body mass and energy is crucial for their travels, which can cover tens of thousands of kilometers and are known as one of the longest migrations by any mammal.

Based on the experience in developing and conducting Sakhalin Energy’s survey and associated mitigation and monitoring programme, the authors propose a broader approach that can be adapted to seismic surveys in any environmentally sensitive area. Each such survey, however, must take into account their specific circumstances – for example, local species, environmental features, the history and nature of other operations in the area.

“Key to minimizing impacts during seismic surveys is advance knowledge of marine life distribution and migrations and timing a survey accordingly,” says co-author Dr. Greg Donovan, Chairman of the WGWAP Seismic Survey and Noise Task Forces and Head of Science at the International Whaling Commission (IWC). “In the Sakhalin case that means conducting the survey as early as possible in spring when the ice has melted but most of the whales have not yet arrived.”

Recommendations in the study include the need to:

Some governments and companies planning seismic surveys around the world have already expressed interest in the experience of Sakhalin Energy’s survey and the responsible approach described in the Aquatic Mammals paper.

“We hope our guidelines on how to reduce the environmental impacts of seismic work in the oceans will find their way into the manuals of energy companies and environmental agencies around the world,” say lead authors Dr. Doug Nowacek and Dr. Brandon Southall, WGWAP Associate Scientist from the University of California, Santa Cruz, and President & Senior Scientist for Southall Environmental Associates, Inc. 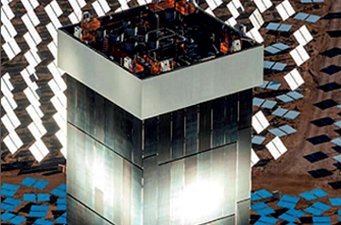