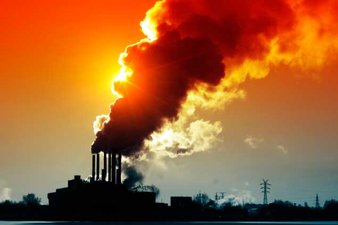 London – The value of the global carbon market will reach EUR 46bn in 2014, according to Bloomberg New Energy Finance (BNEF) forecasts. This will be up 15% from last year but leave it well below the historical high of EUR 98bn in 2011.

The primary driver of this year’s increase will be the plan to postpone, or ‘backload’, auctions of European Union carbon allowances that would otherwise have taken place in 2014-16, into the later years of the decade. Backloading was approved by the European Parliament and Council late last year.

As a result of backloading, Bloomberg New Energy Finance anticipates European carbon prices will rise by more than 50% to average EUR 7.5 per tonne this year, compared with just under EUR 5 per tonne currently. The value of the carbon markets in North America is also likely to climb slightly in 2014, driven by an increase in the floor price in the California scheme, although systemic over-supply will keep trading activity at a relatively low level.

Konrad Hanschmidt, head of the carbon analysis team at Bloomberg New Energy Finance, commented, “World carbon markets have suffered some set-backs in recent years, notably with the recession-fuelled fall in European prices and efforts by the new Australian government to abolish that country’s carbon trading scheme.”

“But new carbon trading programmes are emerging in China and South Korea, and policy-makers in Europe are taking clear steps to ensure that carbon prices drive future emission reductions.”

2013 saw the third consecutive annual fall in the value of world carbon market, with a 36% decline from 2012 levels to EUR 40bn ($56bn). The fall would have been even greater were it not for the year-on-year increase in transaction volumes in European carbon allowances, up from 7.9bn tonnes in 2012 to 8.7bn tonnes in 2013. The latter accounted for 86% of total global volumes traded.

Overall, the world’s carbon markets saw their second-highest annual trading volume, at 10.1Gt, after 2012′s record of 10.7Gt. The year-on-year drop was driven mainly by a 53% fall in transactions of UN offsets. The value of the UN offset market as a whole fell to its lowest level ever, at just EUR 0.4bn in 2013, although some credit types saw temporary increases in trading activity due to EU policy announcements.

Guy Turner, chief economist and head of commodities at Bloomberg New Energy Finance, said, “Carbon markets have been on a roller-coaster over the last few years and we continue to see a stomach-churning ride ahead. The value of the market peaked at around EUR 100bn in 2011 and then plummeted to around EUR 40bn in 2013. Thanks to backloading in the EU ETS, the track should turn upwards again in 2014, potentially reaching new highs of EUR 180bn by 2016. The roller-coaster could well take another dip downwards towards 2020 if the backloading rules remain in place, as they would force supply to increase again in the latter years of the decade.”

“For compliance players, this volatility will be unwelcome. But for speculators with a sense of adventure and good timing, they could prove tempting in 2014.”

Bloomberg New Energy Finance calculates the historical market value based on exchange-cleared transaction volumes (including OTC) multiplied by the given daily price of a carbon unit. They include primary transactions such as EUA and CCA auctions and CER and ERU issuance, as well as secondary trading, in the total value calculation. Due to significant uncertainties regarding other markets, their future market valuation comprises only the following units: EUAs, CERs, ERUs, CCAs and RGGI.

Warmer World Will Keep Millions of People Trapped in Poverty