In a sensational victory in the stand-off between India’s ‘real Avatar tribe’ and British mining giant Vedanta Resources, India’s authorities have quashed the company’s plans to mine the Dongria Kondh tribe’s sacred hills, it has been widely reported.

The decision follows unprecedented consultations with Dongria Kondh villages surrounding the mine site, which were ordered by India’s Supreme Court and dubbed the country’s first ever ‘environmental referendum’.

All twelve Dongria Kondh villages involved in the consultation courageously rejected Vedanta’s project in the face of intimidation and harassment, but the final decision lay with the Ministry for Environment and Forests.

The crushing defeat will have global repercussions for companies intent on working on tribal peoples’ lands and should serve as a lesson that tribal communities’ prior consent must always be sought.

Survival International has been at the fore-front of a global campaign supporting the Dongria Kondh’s struggle against Vedanta Resources, and persuaded celebrities such as Joanna Lumley and Michael Palin to champion the tribe’s cause.

Actor Joanna Lumley, who narrated Survival International’s short film ‘Mine’ about the Dongria Kondh’s plight, said about the victory, “I am thrilled and delighted by this marvellous news. It shows that there really is hope for the ‘little people’ of the world, standing up against governments and the greed of large corporations. The strength and resilience of the Dongria Kondh people has been both inspirational and humbling.”

Comedian, actor, writer and television presenter Michael Palin said, “This is a rare and hugely significant success. In a classic David and Goliath confrontation, big business has been legally held to account by the voices of those whose world was about to be turned upside down.”

Vedanta had failed to seek the consent of the Dongria Kondh before embarking on the project and even built a refinery at the bottom of the Niyamgiri Hills, which cost the company an estimated US $ 800 million.

The Niyamgiri Hills form a mountain range in the Eastern Indian state of Orissa. They are home to more than 8,000 of the Dongria Kondh people, whose lifestyle and religion have helped nurture the area’s dense forests and unusually rich wildlife. The Dongria Kondh have been trying to fight off Vedanta Resources, a company that was determined to mine their sacred mountain’s rich seam of bauxite (aluminium ore). At the centre of the struggle was the Dongria’s sacred mountain, the ‘mountain of law’. The Dongria worship the top of the mountain as the seat of their god and protect the forests there. Vedanta Resources wanted to mine the bauxite from the top of the same mountain. The Dongria Kondh would lose their livelihood, their identity and the sanctity of their most religious site.

Vedanta’s mine project was slammed by the British Government after Survival International submitted a complaint to the Organisation for Economic Co-operation and Development (OECD), and several shareholders, such as the Church of England, sold their company shares on ethical grounds. Several investigations in India also criticized the project.

Survival International’s Director Stephen Corry said on January 13, “Many people wrongly believe that the fight for tribal peoples’ rights is unwinnable, especially when they’re pitched against huge multinationals like Vedanta. But this outcome shows that might isn’t always right. The Dongria’s determination, coupled with overwhelming public support, has set a new precedent for tribal rights in India.” 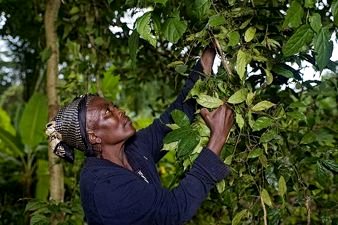